Deion Jones says Falcons defense has 'chip on our shoulders' 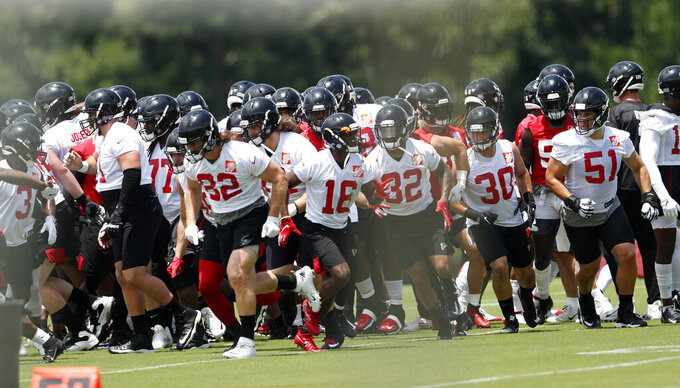 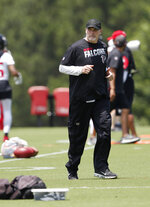 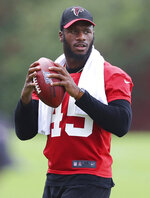 FLOWERY BRANCH, Ga. (AP) — Defense looked to be a rising strength for the Atlanta Falcons in their 2016 Super Bowl season and especially in their return to the playoffs in 2017.

A wave of devastating injuries that began with the opening game of 2018 crushed that momentum.

Now that the injured players are healing, linebacker Deion Jones said the Falcons' defense has to prove itself again.

"That chip is on our shoulders and we can't wait to get back" and show everyone, Jones said Wednesday after the second day of the mandatory three-day minicamp.

Jones was placed on injured reserve after suffering a broken right foot in the Falcons' loss to Philadelphia to open the 2018 season. Another key starter, safety Keanu Neal, suffered a season-ending knee injury in the same game. The Falcons' other starting safety, Ricardo Allen, also was lost for the season before the first month was over.

Jones returned for the final five games , but it was too late to save the depleted Falcons from a 7-9 finish.

The Falcons are being cautious with some key players in the offseason. Jones and Allen have been observers in the minicamp but are expected to be cleared for next month's training camp. Of the defensive starters returning from injuries, only Neal has participated in the minicamp, and coaches have limited his snaps.

Jones' path to full health has been unusual. He had surgery following the injury before making his return late last season and then moving back into a rehab schedule.

"I'm feeling real good," Jones said. "I just can't wait to get back out there with my boys and run around."

Defensive tackle Grady Jarrett also has been an observer in the minicamp after he skipped organized team activities (OTAs).

Coach Dan Quinn has taken over the defense this season. He is looking forward to having the full unit healthy for the first time in almost a year.

"I think we've had really good practices, the nine OTAs and into the minicamp and I would imagine it would get that much better," Quinn said. "Already some really good practices that will be even better adding Grady and Deion and Ricardo and Keanu back into it in a full-time swing."

Perhaps no player is more important to Atlanta's hopes of a defensive resurgence than Jones, the signal-caller for the unit whose speed provides big-play potential. He tied for fourth in the league with 138 tackles in 2017.

At 6-foot-1, 222 pounds, Jones ran the 40-yard dash in 4.38 seconds at his pro day at LSU in 2016. It was good news for Jones and the Falcons when he returned an interception 41 yards for a touchdown in a win over Arizona after returning late last season.

"Still working on it," said Jones of his rehab. "But yeah, for sure, the speed is still there."

NOTES: Quinn said CBs Jayson Stanley and Rashard Causey, rookie OT Kaleb McGary and RB Ito Smith were players who stood out in the practice. "I've been pleased with the attitude and the intensity and the learning that is taking place," Quinn said. ... Quinn said WR Russell Gage has been an offseason surprise. Gage's value is boosted by his ability to play multiple spots and his role on special teams.