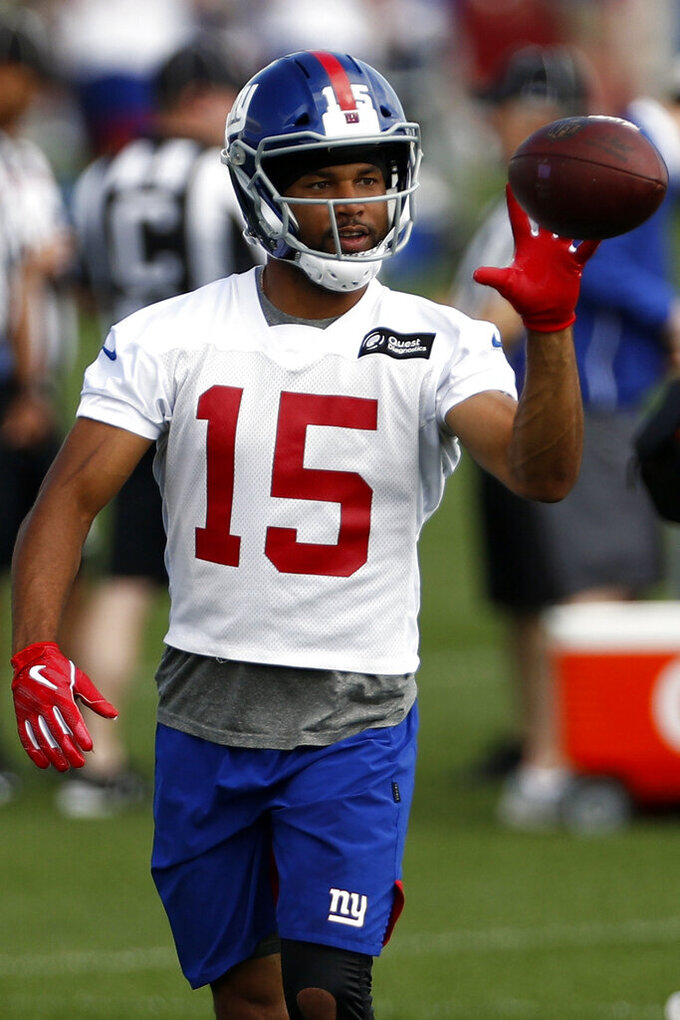 FILE - In this May 20, 2019, file photo, New York Giants wide receiver Golden Tate makes a catch during an NFL football practice in East Rutherford, N.J. Golden Tate has had the appeal of his four-game suspension for a violation of the NFL's policy on performance enhancers turned down. The decision by an independent arbiter was announced Tuesday, Aug. 13, 2019, and means the 10-year-veteran will miss the first four games of the regular season, starting with Dallas on Sept. 8. (AP Photo/Adam Hunger, File)

Tate sustained the concussion Friday night in the Giants' 32-13 preseason victory over the Chicago Bears. It was not known Sunday how long the 10-year veteran will be kept out of practice.

It was not a great week for the 30-year-old Tate, who learned earlier in the week that his appeal of a four-game suspension to start the season was upheld by the NFL office. Tate insisted that his failed drug test was due to him taking the fertility drug clomiphene.

Tate was prescribed the drug by a physician, whom Tate now plans on suing. The doctor apparently told Tate that he prescribed clomiphene to four other NFL players who were not suspended.

Tate is permitted to practice and play preseason games with the Giants, but cannot participate once the season begins. He signed a four-year, $37 million contract with the Giants in the offseason. Tate will lose more than a million in salary while suspended and his nearly $8 million signing bonus, due next year, is now voided due to the suspension.