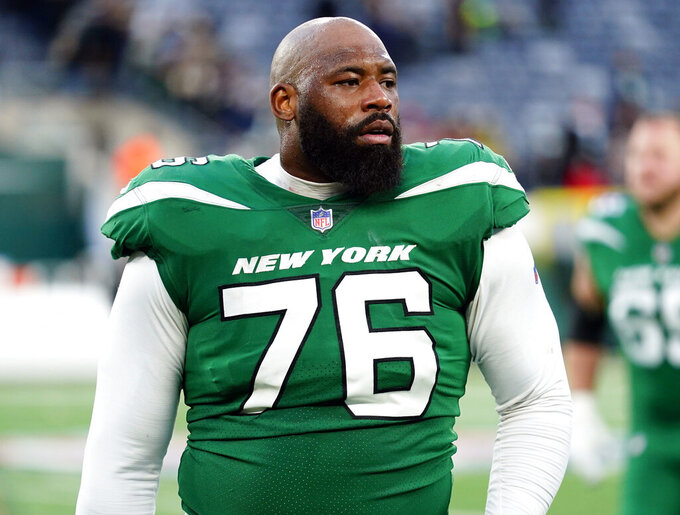 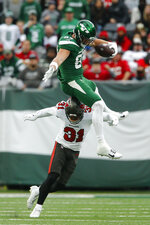 All three were injured in the Jets' 28-24 loss to the Tampa Bay Buccaneers last Sunday.

Fant, in his second season with New York, was the starter at right tackle in Week 1 but slid over to the left side when Mekhi Becton was injured in the opener. Fant has played well this season as one of the consistent bright spots on the Jets' offensive line.

Huff, who missed seven weeks with a back injury before returning three weeks ago, had two sacks in nine games.

Brown had two catches for 29 yards and was a special teams standout. He was traded to Kansas City on Nov. 2 for guard Laurent Duvernay-Tardif, but was re-signed by the Jets to the practice squad a few weeks later after the Chiefs released him.