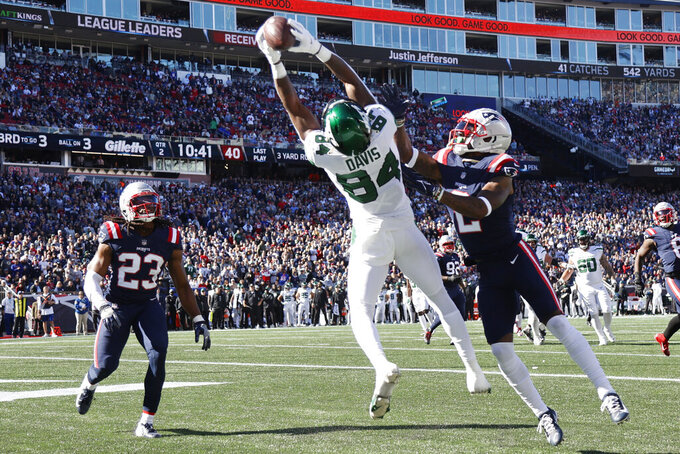 Davis was listed by the team Wednesday as doubtful to play Thursday night against the Colts in Indianapolis.

The veteran wide receiver injured his hip during a 1-on-1 drill at practice last Thursday, sat out practice the next day and didn't play in New York's 34-31 victory over Cincinnati. Mike White made his first NFL start in that game and threw for 405 yards and three touchdowns in the stunning win.

Davis is tied with rookie running back Michael Carter for the team lead with 24 receptions. His 349 yards receiving and four TD catches are tops on the Jets.

Left tackle George Fant is questionable to play after leaving the game last Sunday with an ankle injury. The team didn't have full practices this week and the participation status has been estimated, but it was a positive sign Fant was listed as limited after two days of not practicing.

Tight end/fullback Trevon Wesco is expected to play after missing the game last Sunday with a knee injury.