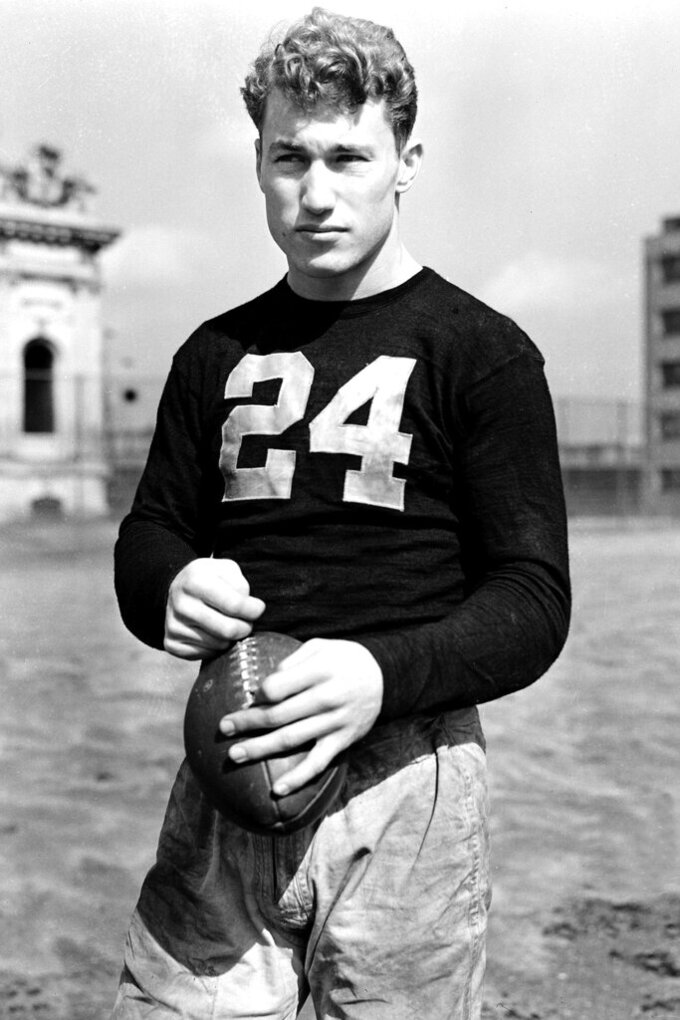 FILE - This is a Sept. 22, 1938, file photo showing Pittsburgh Pirates football player Byron "Whizzer" White, posed at the De Witt Clinton High School field in the Bronx, N.Y. White might be best known as a U.S. Supreme Court Justice, but he also made a mark on the gridiron. He led the NFL in rushing as a rookie in 1938 with the Pirates. (AP Photo) 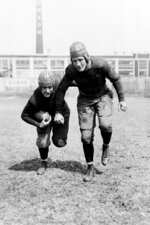 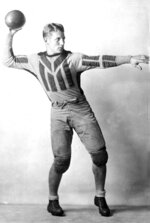 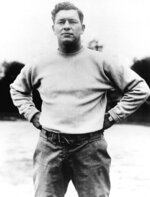 The 1930 season was played with 11 clubs, including the Portsmouth Spartans — who became the Detroit Lions in 1934 — the lone newcomer. It also marked the final season for the Minneapolis Red Jackets and Newark Tornadoes. The Frankford Yellow Jackets and Providence Steam Roller left the league after 1931. It was also the first (and only) campaign for the Cleveland Indians. The league dropped to eight members in '32, including the new Boston Braves — who became the Boston Redskins in 1933 before moving to Washington four years later. The Staten Island Stapletons also played their final season in '32.

The NFL saw its biggest influx of teams for the decade in 1933, with the additions of the Philadelphia Eagles, Pittsburgh Pirates (later the Steelers) and Cincinnati Reds. By 1934, every team except the Packers was located in a city that also had a major league baseball team and a stadium. The Reds didn't make it through their second season, though, as they lost their first eight games while scoring just one touchdown and one field goal, and were suspended by the NFL for not paying league dues. The independent St. Louis Gunners replaced them for the last three games.

The league played with nine teams the next two years before the addition of the Cleveland Rams in 1937. The NFL was a 10-team league for its final three seasons of the 1930s.

The Packers won four titles in the 1930s, including the first two of the decade — capping a run of three straight — when they finished with the league's best record. Green Bay also won in 1936 and '39.

Portsmouth and the Chicago Bears finished the 1932 season tied for first place, so the NFL held its first tiebreaker playoff game to determine the league champion. Frigid weather forced the game to be moved from Wrigley Field to the indoor Chicago Stadium, on a field that was just 80 yards long — including two half-moon-shaped end zones — and was 45 yards wide. The Bears won 9-0.

Due to the success and interest of the playoff tiebreaker, the NFL created its first league championship game in 1933 after dividing its clubs into two five-team divisions. Chicago beat the New York Giants 23-21 at Wrigley Field, with the Bears scoring the winning touchdown with less than three minutes left when receiver Bill Hewitt caught a pass from fullback Bronko Nagurski and lateraled to end Bill Karr, who ran it in for the 19-yard score.

Nagurski was a powerful and dominant fullback who began his career with the Bears in 1930 and played nine seasons with Chicago. He was one of nine players in the 1930s to be inducted in the first Pro Football Hall of Fame class in 1963, joining Red Grange, Don Hutson, Johnny Blood, Ernie Nevers, Cal Hubbard, Mel Hein, Dutch Clark and Sammy Baugh.

George "Moose" Musso was a two-way standout for the Bears, playing guard and tackle on offense and nose guard on defense. He was the first player in league history to win all-NFL honors at two positions, and was inducted into the Pro Football Hall of Fame in 1982.

Byron "Whizzer" White might be best known as a U.S. Supreme Court Justice, but he also made a mark on the gridiron. He led the NFL in rushing as a rookie in 1938 with the Pirates. He left Pittsburgh to study at Oxford in 1939, returned to the league in 1940 and played two seasons with the Lions.

Curly Lambeau won four NFL titles in the decade as the Packers were the league's powerhouse.

Steve Owen led the Giants to two titles, the last of his three as a head coach in the NFL.

Ralph "Curley" Jones guided the Bears to the championship in 1932, but general manager George Halas took over as the coach the following year to save money — and also won to complete Chicago's back-to-back titles.

The 1934 championship game between the Giants and Bears became known as the "Sneakers Game." The field at the Polo Grounds in New York was frozen and the Giants were trailing 13-3 in the third quarter. They changed their sneakers to get better traction — and rallied to beat the previously undefeated Bears 30-13.

The Dodgers and Eagles made TV and pro football history on Oct. 22, 1939, when they played in the NFL's first televised game. It was broadcast by NBC as a special event for visitors at the World's Fair in New York, and area residents were also able to watch as Brooklyn won 23-14.

The 1932 playoff game paved the way for several rules changes, including making the forward pass legal from anywhere behind the line of scrimmage after a passer previously needed to be at least 5 yards behind.

Eagles owner Bert Bell, who later became the league's commissioner, created the NFL draft as a way to assist teams who couldn't attract top talent in the free-for-all system that had been in place. Philadelphia had the top pick in the first draft in 1936 and took Heisman Trophy winner Jay Berwanger, a halfback from the University of Chicago who opted to not play professional football.

In 1936, the Boston Redskins won the Eastern Division and were scheduled to host the championship game against Green Bay. But because of scant fan support at home, Redskins owner George Preston Marshall moved the game to the Polo Grounds in New York — where the Packers won 21-6. Marshall then relocated the Redskins to Washington to start the 1937 season, and they've played there since.