Steelers' Tomlin has no issues with Canada's play-calling 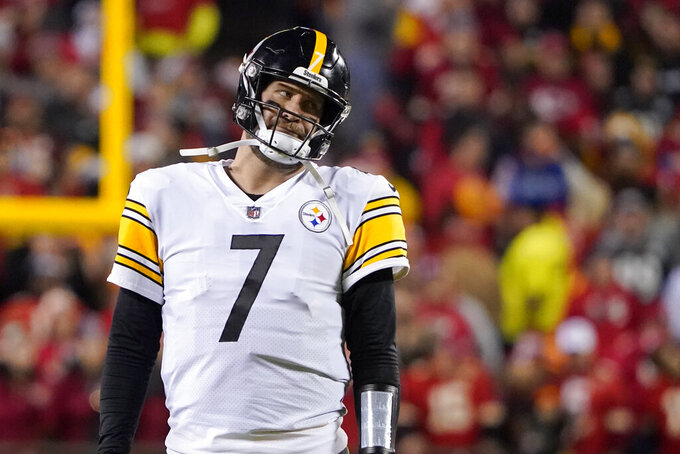 The Pittsburgh Steelers coach doesn't believe the game planning by first-year offensive coordinator Matt Canada is part of the problem.

Tomlin said Tuesday he has no issues with Canada's approach but added it's imperative for the Steelers (7-7-1) to get off to better starts if they want to have any chance to reach the playoffs.

“I have no reservations about the play-calling component of his job and what he’s done," Tomlin said before adding there is a learning curve when it comes to calling plays at the collegiate level — as Canada has done at places such as Pitt and LSU — and the NFL.

Canada's learning curve likely needs to flatten out quickly. Pittsburgh hasn't scored a first-half offensive touchdown since before Thanksgiving and has fallen behind by 17 points in four of its past six games, including spotting Kansas City a 30-0 lead in a blowout road loss last Sunday.

There have been times this season when the offense has been able to find a rhythm when it goes up-tempo, a move that gives quarterback Ben Roethlisberger a little more flexibility in terms of calling things at the line of scrimmage.

The 39-year-old could be playing in his final game at Heinz Field next Monday night against Cleveland (7-8). Asked if he would consider just “handing Roethlisberger the keys”, Tomlin said he's “not opposed to that” but added Roethlisberger is already heavily involved.

“Ben is always a component of planning, particularly as it pertains to starts,” he said. “You know, he’s a guy who's been on the job 18 years at the quarterback position. It’d be foolish for us not to include him in the process. So I’m not going to pretend like that has not been a component or part of the discussions as it pertains to the development of plans to this point this season.”

One person who won't be part is former offensive line coach Adrian Klemm, who left the team on Monday to take the same position at Oregon less than a year after being promoted following the firing of Shaun Sarrett. Tomlin said Klemm was committed to finishing out the season in Pittsburgh, but Tomlin let him head west immediately to “eliminate any questions” about the commitment level of those in the building.

Chris Morgan will work with the offensive line for the remainder of the season, which Tomlin will use as an opportunity to evaluate Morgan as a potential full-time replacement.

Morgan will be tasked with trying to help an ineffective offensive line find some sort of momentum as Pittsburgh tries to earn a second straight playoff berth.

Despite some shoddy performances — particularly on the road — the Steelers can still find a way to extend their season into mid-January, though any scenario requires them to win their final two games against the Browns and Ravens.

As shaky as the Steelers have been on the road, they've stayed in the mix thanks to a 5-0-1 mark in their past six games at Heinz Field. Summoning a little more magic — perhaps in Roethlisberger's last appearance as a player — would keep their playoff hopes alive heading to Baltimore.

Considering how wildly uneven his team has been much of the year, Tomlin will take it.

“We have one of the best environments in the National Football League,” he said. “Steeler Nation does a heck of a job of making it a miserable place for our opponents, and I’m looking forward to them doing so.”