Titans tell linebacker Vic Beasley Jr. he is being released 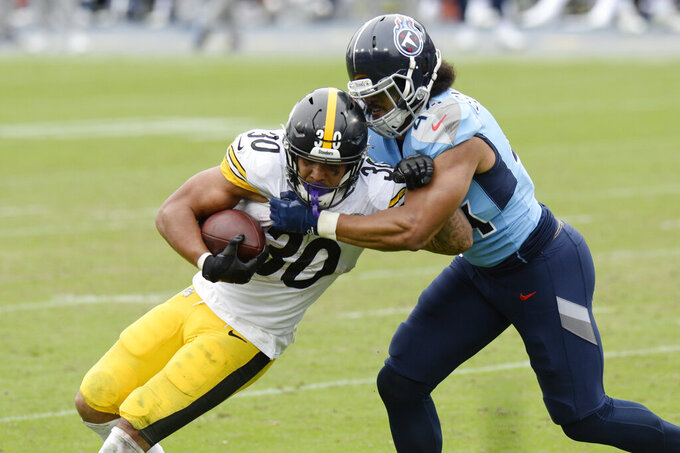 NASHVILLE, Tenn. (AP) — The Tennessee Titans have lost patience with Vic Beasley Jr. and will release the outside linebacker Wednesday.

The Titans announced the decision Tuesday in a one-sentence statement not even an hour after waiving long snapper Beau Brinkley and veteran cornerback Johnathan Joseph.

Tennessee signed the eighth overall pick of the 2015 draft in March after the Atlanta Falcons let Beasley leave as a free agent. The Titans thought they could help Beasley reclaim the form that helped him lead the NFL with 15 1/2 sacks in 2016 with a one-year deal worth $9.5 million.

But Beasley reported 10 days late for training camp with the general manager noting the linebacker's absence was unexcused. Then Beasley spent the entire preseason on the non-football injury list with an injured knee.

“He has been practicing with us and showed us in practice that he’s ready to go,” Titans coach Mike Vrabel said Monday. “We all have to do better."

Beasley didn't make his Tennessee debut until Week 3 in a win at Minnesota. In five games, Beasley had only one forced fumble and just three tackles.

The Titans (5-2) have lost two straight games, and they have only seven sacks this season. Only Jacksonville has fewer sacks than Tennessee.

Brinkley had been the Titans' long snapper since 2012, playing in 135 games over the past nine seasons. He hadn't missed a game this season despite being put on the reserve/COVID-19 list Sept. 29 during Tennessee's outbreak.

But Brinkley had a low snap on a punt in a 27-24 loss to Pittsburgh on Oct. 25, and he had another bad snap on an extra point attempt in last week's 31-20 loss to Cincinnati. Brett Kern, the Titans' three-time Pro Bowl punter, was injured on the play trying to throw a pass.

Asked Monday about evaluating Brinkley, Vrabel said they do that each week at every position looking for the best chance to win on game day.

Joseph played all seven games this season. The veteran was with Houston between 2010 and 2019 and with Cincinnati for the first five years of his NFL career. But the Titans traded a sixth-round pick Monday for Chargers cornerback Desmond King trying to improve a banged-up, struggling secondary.

The Titans already have long snapper Matt Overton on the practice squad. He was signed Oct. 12 and has played 100 games in his career with Indianapolis and Jacksonville. He was the long snapper for the AFC in the Pro Bowl after the 2013 season.