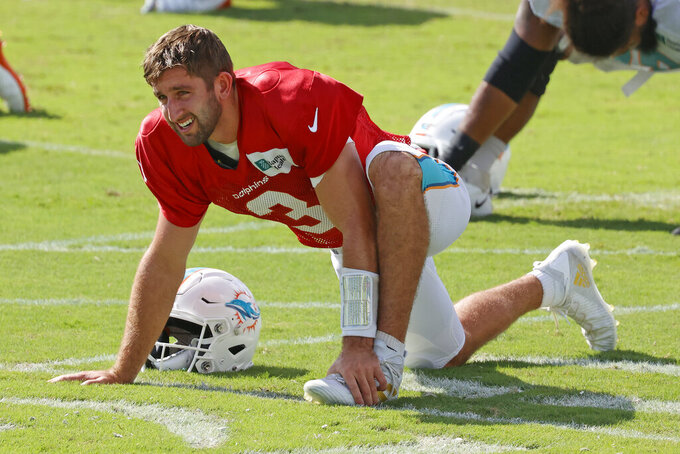 MIAMI (AP) — Versatile rookie Lynn Bowden Jr. and a sixth-round draft pick were acquired by the Miami Dolphins from the Las Vegas Raiders for a fourth-round choice Saturday.

Bowden can play running back or receiver, and also played quarterback at Kentucky. As a senior he rushed for 1,468 yards, caught passes for 348 and threw for 403.

Bowden was a third-round pick by the Raiders in April.