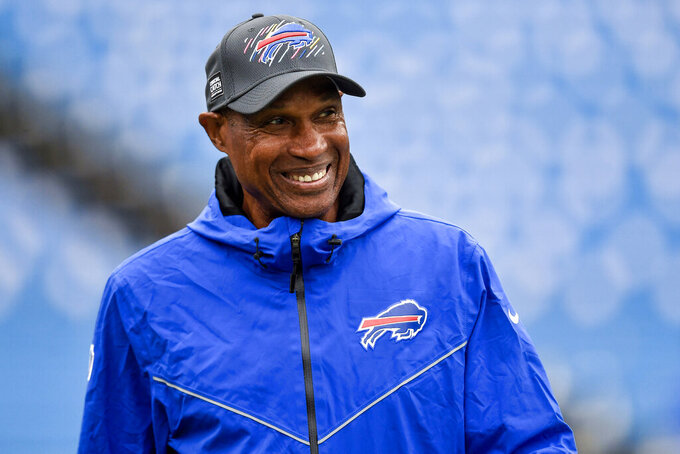 FILE - Buffalo Bills defensive coordinator Leslie Frazier walks on the field before an NFL football game against the Houston Texans, on Oct. 3, 2021, in Orchard Park, N.Y. Frazier is credited for providing the Bills a calm and reassuring voice even at the the most troubling times. (AP Photo/Adrian Kraus, File)

Frazier, a cornerback on Chicago's only Super Bowl-winning team, coached Minnesota to a 21-32-1 record from 2010 to 2013. He has spent the past four years as the Buffalo Bills' defensive coordinator.

Poles has spent 13 seasons in the Chiefs' front office, the past year in his current role under general manager Brett Veach. He was the team's director of college scouting in 2017 when Kansas City drafted Patrick Mahomes with the No. 10 overall pick — after Chicago took Mitchell Trubisky at No. 2.