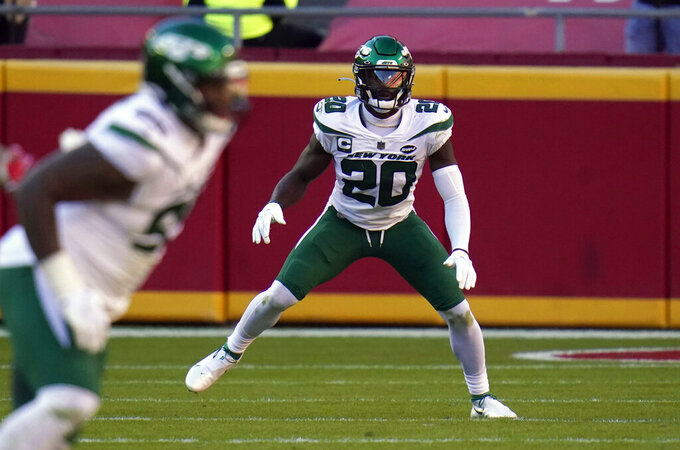 FILE - In this Sunday, Nov. 1, 2020 file photo, New York Jets safety Marcus Maye (20) in action during the second half of an NFL football game Kansas City Chiefs in Kansas City, Mo. he New York Jets and Marcus Maye were unable to reach an agreement on a long-term contract Thursday, July 15, 2021 so the star safety will play this season under his franchise tag tender. (AP Photo/Jeff Roberson, File)

FLORHAM PARK, N.J. (AP) — The New York Jets placed safety Marcus Maye on the non-football injury list and defensive lineman Quinnen Williams on the physically unable to perform list Friday ahead of the team reporting for camp next week.

Each of the players count on New York's active roster and can be activated at any point.

The Jets' rookies reported for camp this week, with veterans scheduled to be at the facility by next Tuesday. The team's first camp practice under new coach Robert Saleh is scheduled for next Wednesday.

Maye and the Jets were unable to reach an agreement on a long-term contract earlier this month, so the star safety will play this season under his franchise tag tender. He'll make $10.6 million this season and could be eligible to become an unrestricted free agent next offseason.

Williams needed surgery after he broke a bone in a foot during the spring. Saleh said he was hopeful Williams would be ready in time for the start of camp.