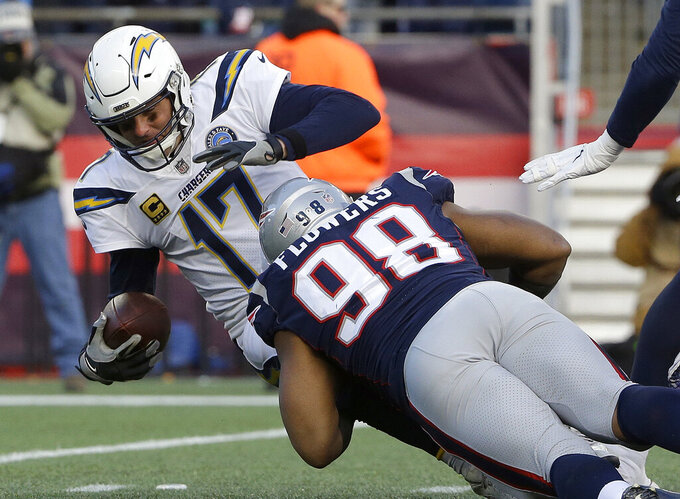 NEW YORK (AP) — New England Patriots teammates Trey Flowers and Trent Brown have each been fined $20,054 by the NFL for illegal hits in the Patriots' divisional-round win last Sunday against the Los Angeles Chargers.

Flowers' fine was for a low hit on quarterback Philip Rivers that resulted in a penalty for roughing the passer in the third quarter of the Patriots' victory. Brown was docked for his unnecessary roughness penalty after a block during the game.

Indianapolis safety J.J. Wilcox was also fined $20,054 by the league Saturday for a horsecollar tackle in a loss to Kansas City last Saturday. Colts teammate Denico Autry has to pay $13,369 after an unsportsmanlike conduct penalty was called on him following his celebratory dance after a sack.

Philadelphia's Tim Jernigan was fined $10,026 for unsportsmanlike conduct after he was called for taunting late in the first quarter of the Eagles' loss at New Orleans last Sunday.