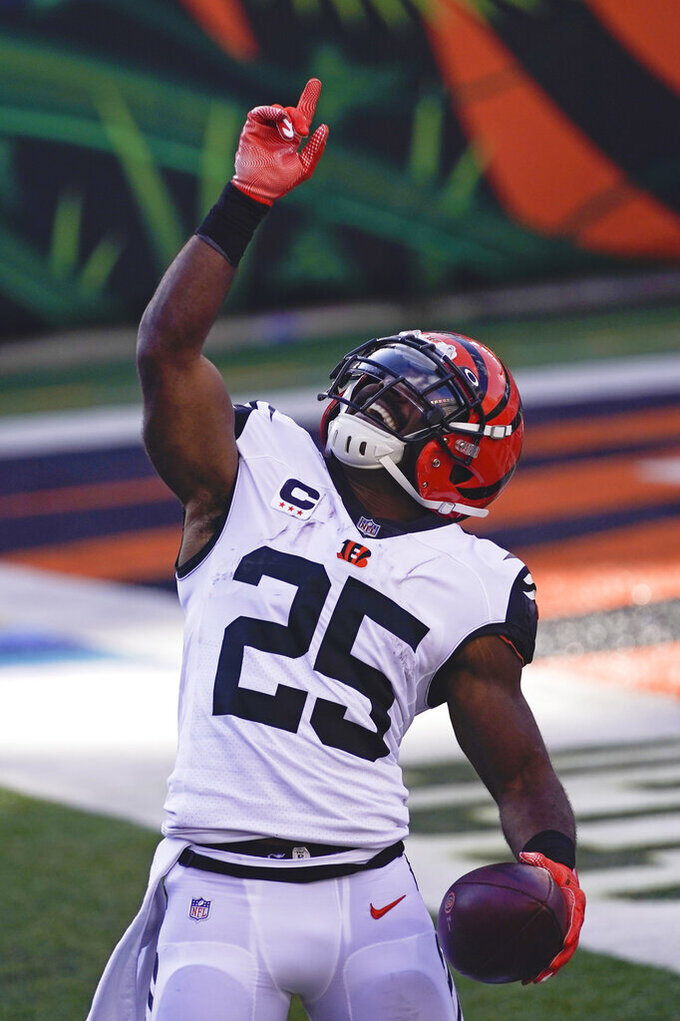 Cincinnati Bengals' Giovani Bernard (25) celebrates after rushing for a touchdown during the first half of an NFL football game against the Tennessee Titans, Sunday, Nov. 1, 2020, in Cincinnati. (AP Photo/Bryan Woolston)

CINCINNATI (AP) — Cincinnati Bengals running back Giovani Bernard is questionable for Sunday’s game against the New York Giants after dealing with a concussion.

Bernard has been starting for the Bengals (2-7-1) since Joe Mixon went out with an injured foot on Oct. 18. Bernard's concussion was first reported by the team Wednesday but he practiced fully Friday.

The next back behind Bernard is Samaje Perine, who has played in every game this season but has just 24 carries for 102 yards.

Battered by injuries all season, the Bengals lost rookie quarterback Joe Burrow to a season-ending knee injury in last Sunday's loss to Washington.

The Bengals also said Friday they would be without cornerback Mackensie Alexander and linebacker Markus Bailey, both with hamstring injuries.