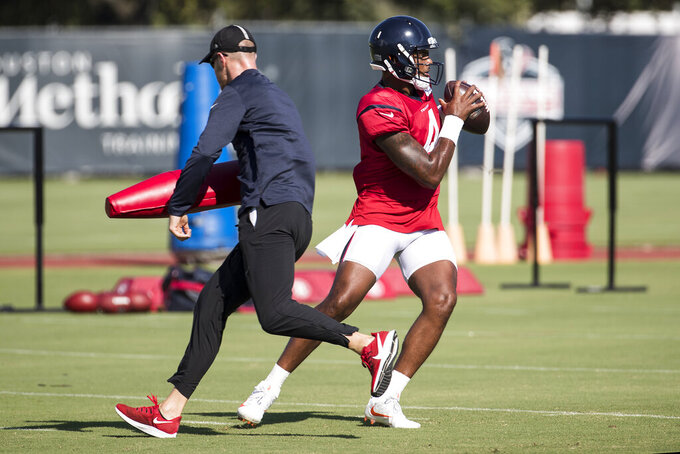 FLOWERY BRANCH, Ga. (AP) — T.J. Yates is returning to the Atlanta Falcons as a coach.

Yates, a native of suburban Atlanta who spent one season backing up Matt Ryan, was announced Saturday as the passing game specialist for new head coach Arthur Smith.

The Falcons also hired Lanier Goethie as a defensive assistant and Nick Perry as the assistant defensive backs coach.

The 33-year-old Yates joins the Falcons staff after spending the last two seasons coaching with the Houston Texans. In 2020, he was assistant quarterbacks coach as Deshaun Watson earned his third Pro Bowl selection.

Yates spent seven seasons as an NFL quarterback, including three stints with the Texans that included leading the team to its first playoff victory as a rookie in 2011.

Yates was Ryan’s backup in Atlanta in 2014, appearing in one game. He also suited up for the Miami Dolphins and the Buffalo Bills.

Goethie and Perry join the Falcons from the college game.

Goethie most recently served as linebackers coach at Duke. Perry spent the past four seasons as a graduate assistant and analyst at Alabama.