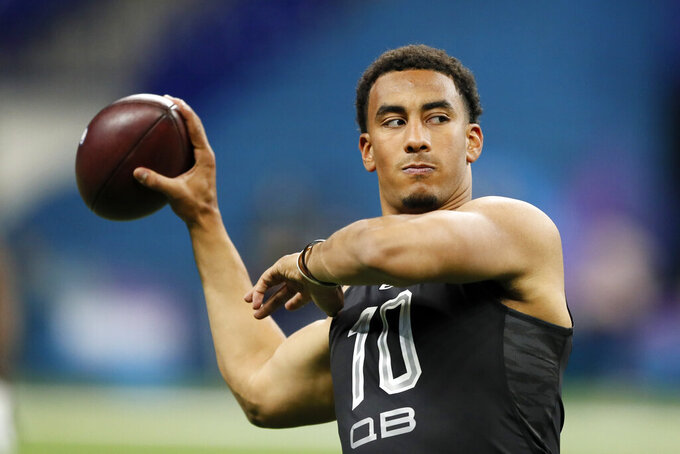 Green Bay gave the Miami Dolphins a fourth-round draft choice to move up four spots in the first round and take Love 26th overall in the April draft. The Packers chose Dillon at No. 62.

Both selections were somewhat surprising because the Packers already have two-time MVP Aaron Rodgers at quarterback and Aaron Jones at running back. Jones tied Tennessee’s Derrick Henry for the NFL lead in touchdown runs (16) and matched Carolina’s Christian McCaffrey for first place in total touchdowns (19) last season.

Love is considered the eventual heir apparent to the 36-year-old Rodgers. Dillon provides some insurance with Jones’ contract set to expire in 2021.

Dillon rushed for 4,382 yards and 38 touchdowns in his three-year college career, including 1,685 yards and 14 scores last season.

The Packers also announced Wednesday that coronavirus concerns will prevent them from making their annual summer trip to St. Norbert College, which had hosted the players for training camp since 1958.

Green Bay instead will have its entire training camp operations at Lambeau Field. Housing arrangements are still being finalized.