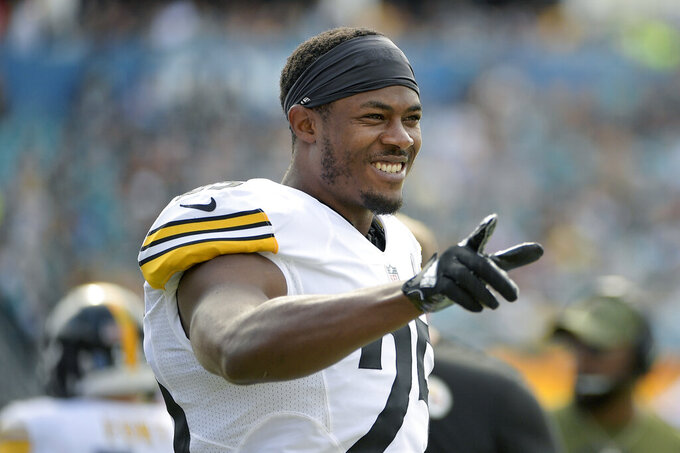 FILE - In this Sunday, Nov. 18, 2018 file photo, Pittsburgh Steelers cornerback Artie Burns reacts on the sideline after a play during the first half of an NFL football game against the Jacksonville Jaguars in Jacksonville, Fla. The Chicago Bears and cornerback Artie Burns agreed to a one-year contract, agent Drew Rosenhaus said on Saturday, March 21, 2020.(AP Photo/Phelan M. Ebenhack, File)

Drafted out of Miami by the Pittsburgh Steelers with the No. 25 pick in 2016, Burns played in all 16 games each of his first three years before falling out of the rotation in 2019. He had three interceptions as a rookie, but played in just 10 games last season.

The Bears had an opening after waiving cornerback Prince Amukamara last month.

Chicago went 8-8 last season and missed the playoffs after winning the NFC North at 12-4 in 2018.