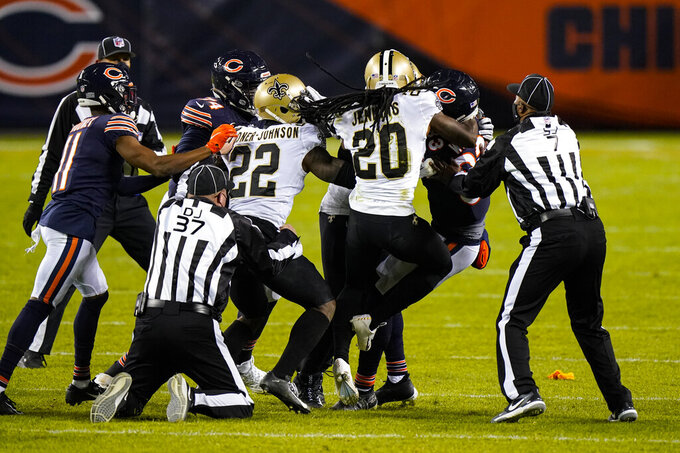 Wims was ejected in the third quarter Sunday, after Allen Robinson caught a 5-yard pass from Nick Foles.

On the other side of the field, Wims approached Gardner-Johnson from behind and appeared to reach for his mouth or neck. He threw a right-handed punch to his helmet and then another before both teams joined the scrum, and he wound up at the bottom of a pile.

The penalty against Wims pushed the Bears back to a second-and-20. And Foles got intercepted by Marshon Lattimore on the next play. The Saints went on to win 26-23 in overtime.

“Obviously out of respect I’m going to keep that between us and internally,” Nagy said.

Wims has three business days to appeal the suspension, under the collective bargaining agreement between the league and players' union.