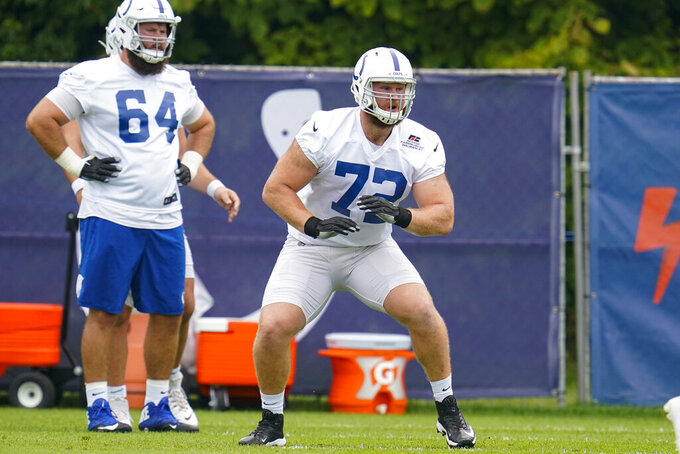 A person with knowledge of the deal said Smith would earn $72.4 million with $42 million guaranteed. The person requested anonymity because terms of the deal were not released publicly.

The Colts made the announcement less than an hour before they held their first training camp practice. The move will keep Smith off the free agency market in March.

“It's kind of a little bit of a relief, knowing where you're going to be the next few years," Smith said after practice. “Indy is home. They paid me and now I want to pay them back."

Smith wasn't even expected to play tackle when the Colts selected him in the second round of the 2018 NFL draft, No. 37 overall. He was projected as a guard.

But as injuries ravaged the offensive line in training camp, they moved the rookie to tackle. He won the starting job and has been a mainstay on one of the league's best offensive lines. He's started 43 of 45 career games in his first three seasons and teammates lobbied publicly for him to make the Pro Bowl last season.

“I hear Braden Smith is pretty good around here and I just heard the news we locked him up," new quarterback Carson Wentz said. “It's a great day, a great first day."

Smith's extension could be the first of several for the Colts.

Linebacker Darius Leonard, a two-time All-Pro and the 2018 Defensive Rookie of the Year, also could become a free agent if he doesn't sign an extension. Other key players from that draft class include defensive linemen Tyquan Lewis and Kemoko Turay, running backs Nyheim Hines and Jordan Wilkins.

Indy selected Smith with a draft pick acquired from the New York Jets, who moved up three spots to choose quarterback Sam Darnold at No. 3 overall.