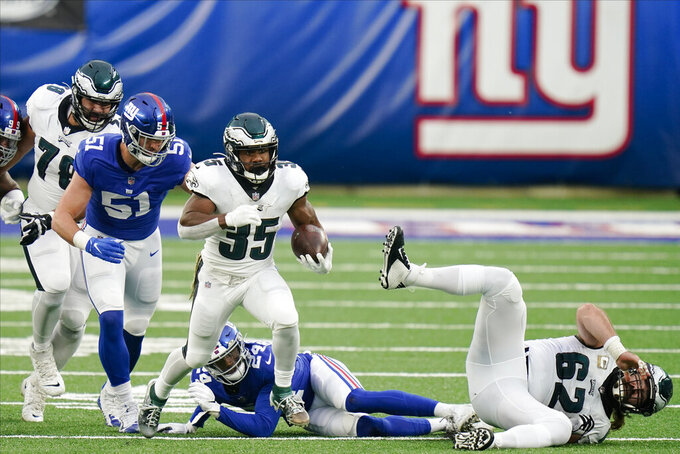 Giants linebacker Kyler Fackrell was placed on injured reserve with a calf injury on Tuesday and he will miss at least three games in the closing stretch of the regular season.

Fackrell, who is tied for second on the team in sacks with three, was injured in New York's 19-17 win over Cincinnati on Sunday. He had a pick-6 against Dallas in Week 5.

The Giants also waived defensive back Montre Hartage and kicker/punter Ryan Santoso. Hartage has been on both the active roster and practice squad this season and played in one game, Nov. 15 vs. Philadelphia.

Santoso was signed last week off the practice squad in case Graham Gano was unavailable for the game at Cincinnati. Gano was activated off the COVID-19 list Saturday and was 4 for 4 on field goals against the Bengals.