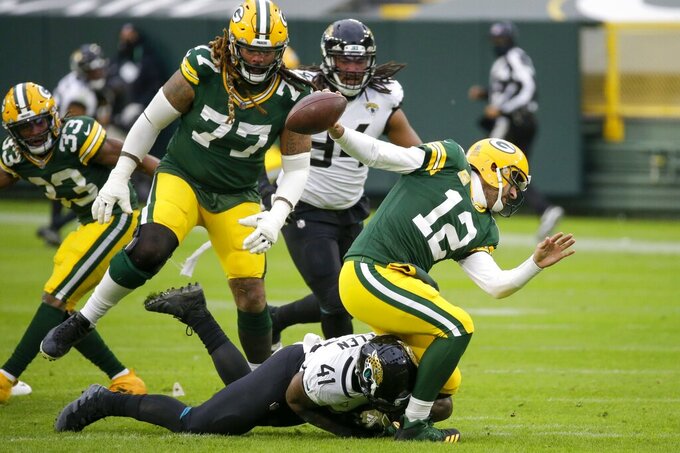 Hayden is ineligible to return this season since he already spent one stint on IR. Allen and Thomas are eligible to return after a three-game absence. All three starters were injured in Sunday's 27-3 loss to Pittsburgh, the team's ninth consecutive loss.

The Jaguars (1-9) also placed kicker Chase McLaughlin on the COVID-19 list, possibly meaning Aldrick Rosas will kick Sunday against Cleveland. Rosas was restored to the practice squad Monday after serving a four-game suspension for violating the league’s code of conduct policy.

His suspension stemmed from a hit-and-run accident in California that led the New York Giants to release him in July. Rosas pleaded “no contest” to reckless driving, leaving the scene of an accident and driving without a valid license. He received three years’ probation.

The team's entire defensive coaching staff worked remotely Tuesday because of COVID-19 protocols. Contact tracing is underway to determine how the assistants will be affected moving forward. Defensive line coach Jason Rebrovich did not attend the Steelers game because of COVID protocols.