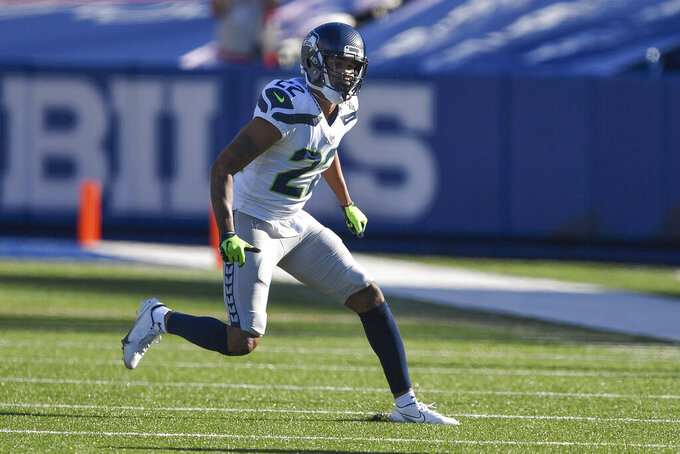 Detroit made the move Tuesday, adding desperately needed help in its secondary.

Dunbar had armed robbery charges dropped against him last year in a case that involved New York Giants defensive back DeAndre Baker, who also was cleared.

Dunbar has at least one interception in each of his six NFL seasons. He has 10 career interceptions and 171 tackles over five seasons with Washington and one year in Seattle. Dunbar started six games for the Seahawks last season and had one interception and 30 tackles before having season-ending knee surgery.

The Lions invested the No. 3 pick overall last year in Ohio Sate cornerback Jeff Okudah and he had a shaky, injury-shortened season. They released veteran cornerback Desmond Trufant last month with one year left on his two-year, $21 million contract after injuries limited him to six games.