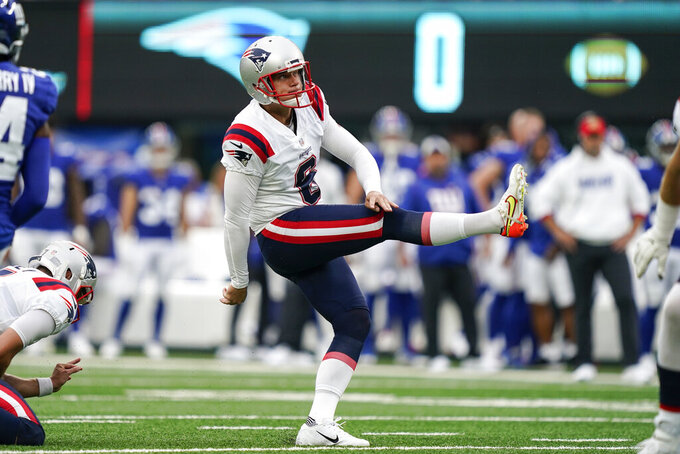 Folk, 36, has played 13 NFL seasons with the Cowboys, Jets, Buccaneers and Patriots. After playing for New England the past two years, he was released by New England after training camp and signed to the practice squad. He made 26 of 28 field goals and 30 of 33 extra points last season.

Hoyer, 35, has played 12 seasons with the Cardinals, Texans, Bears, 49ers, Colts and two stints with the Patriots (2009-11 and '20). He appeared in one game last year as a backup for Cam Newton, completing 15 of 24 passes for 130 yards and one interception. He was also cut at the end of training camp and re-signed to the practice squad.