Texans have many needs to address with 2 first-round picks 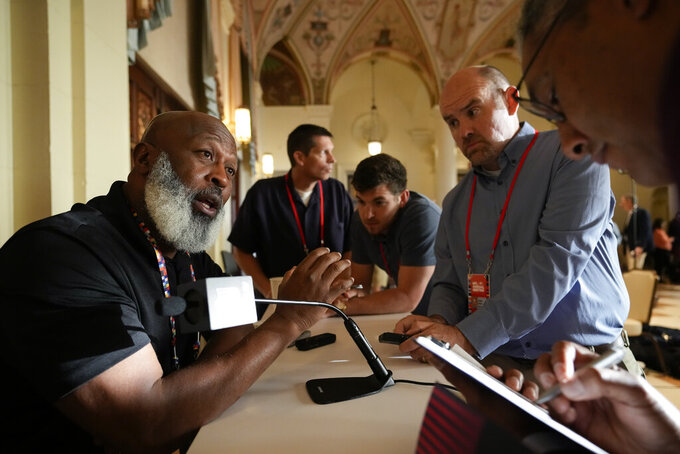 LAST SEASON: The Texans won just four games for the second straight year in a season that was lost with QB Deshaun Watson sitting out amid a trade request and 22 lawsuits alleging sexual assault or harassment. With Watson out they started Tyrod Taylor at QB to open the season, but injuries and ineffective play led to third-round pick Davis Mills starting 11 games. The rookie improved as the season progressed, but it wasn’t enough to get the team on track and coach David Culley was fired after just one season.

OUTLOOK: The Texans moved to full rebuilding mode last season with Watson sitting out and GM Nick Caserio trading or releasing the team’s few remaining stars. Houston got a huge haul in the Watson trade and Caserio will have a chance to add some talent in this draft with two first-round picks. Houston has so many needs that it’s difficult to predict what he’ll do with those picks. But it will be a big draft for the Texans after they didn’t have a first-round pick in either of the last two drafts. New coach Lovie Smith, the team’s former defensive coordinator, would probably be happy if one of their top picks goes to beefing up the defensive line after Houston was last in sacks last season with just 32.