New Eagles cornerback Darius Slay wants the pressure on him 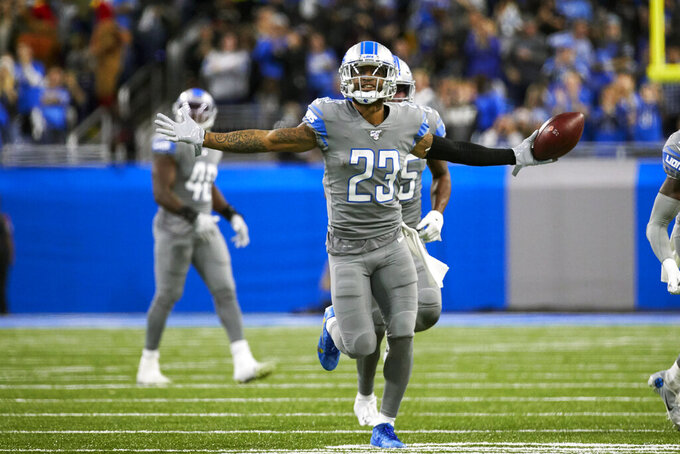 “I love the challenge,” Slay said in a conference call Thursday. “I kind of ask for it a lot because the fact that I want the game on me, and I want to help win the game, and if the best route to go about it is me traveling with a guy, then I’ll do it. If the coach sees otherwise, if he says left or right, I’ll want to do whatever to help the team win.”

The Eagles traded a third-round pick (No. 85 overall) and a fifth-round pick (No. 166) to the Lions to get Slay two weeks ago. The move reunites Slay with defensive coordinator Jim Schwartz, who was Detroit’s head coach when Slay was selected with the No. 36 overall pick in the 2013 NFL draft.

Schwartz rarely flips his cornerbacks from one side to the other. But Slay, a three-time Pro Bowl pick, is more talented than anyone Schwartz has had in Philly.

“I can get up in a guy’s face for the whole game,” Slay said. “I can switch up my technique from off to press. I’m comfortable in anything I’m doing. I compete every play. I’m not scared. I’m not a cocky guy, just a confident guy. I feel like I just like to go play ball.”

The Eagles strongly considered drafting Slay seven years ago, but selected tight end Zach Ertz instead. The Lions took Slay with the next pick. Philadelphia pursued Slay last season at the trade deadline and finally made the move during a busy start to the free agency period. They gave Slay a three-year, $50 million contract extension to anchor a revamped secondary that’ll have two new starters.

Safety Malcolm Jenkins was released and cornerback Ronald Darby signed with the Redskins. Jalen Mills is returning on a one-year deal to play safety the versatile way Jenkins did.

The certainty is Slay, who has 19 career interceptions, including eight when he was an All-Pro in 2017.

“This is a guy who can get the ball back for our offense,” executive vice president Howie Roseman said. “He’s really been in a situation where he’s been left on an island. Really excited about bringing him in and helping our team.”