Biggest jump for Jaguars could be on defense under Pederson 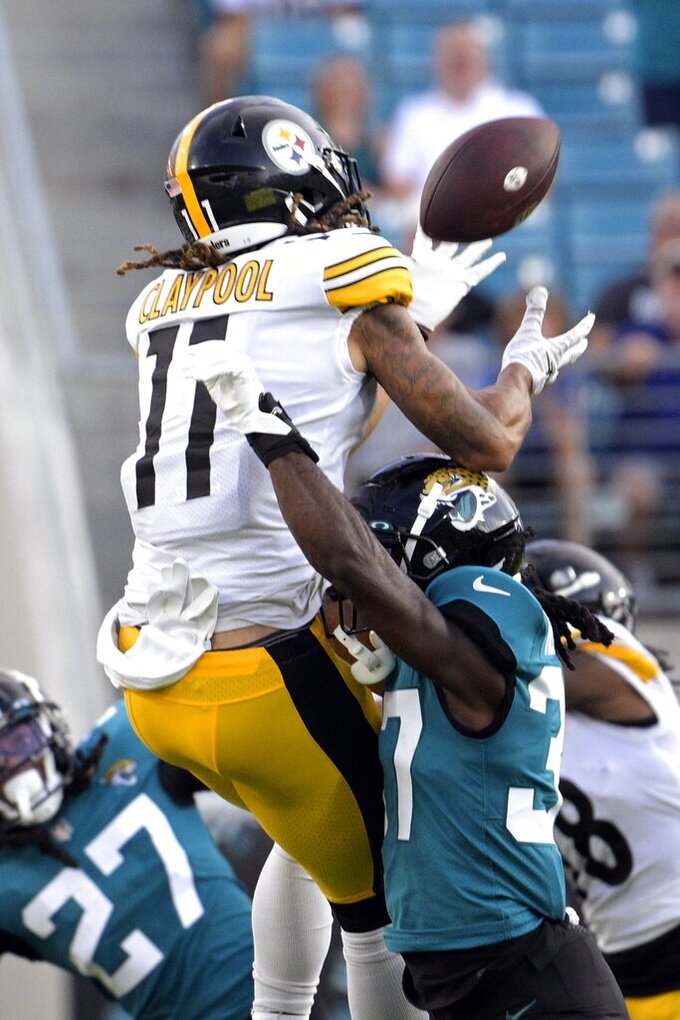 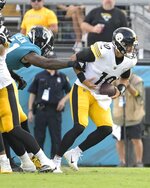 JACKSONVILLE, Fla. (AP) — When the Jacksonville Jaguars returned from halftime of their third preseason game, most offensive starters were no longer wearing shoulder pads. They were done for the night.

The first-team defense, though, was getting ready to take the field.

Pederson sent a clear message — and his guys responded with a three-and-out. Still, it was a sign of how expectations have changed on that side of the ball heading into this season. The Jaguars have committed more than $200 million in free agency the past two years — and spent considerable draft capital — trying to get their floundering defense back to a respectable level.

Now, the unit might be poised for a breakthrough campaign.

The Jaguars, who have a league-low four wins over the past two years, believe they have all the pieces in place to be a top-five defense. It would be a gigantic jump for a franchise that ranked 28th and 31st, respectively, in points allowed in 2021 and 2020.

“The mindset is to be a top defense,” second-year safety Andre Cisco said. “That’s just how we’ve been carrying ourselves, how we’ve been talking about. That’s our standard.”

It hasn’t been in recent years.

Piece by piece, year by year, the Jaguars slowly dismantled the stout and steady defense that carried them to the AFC championship game during the 2017 season. Jalen Ramsey, Calais Campbell, Yannick Ngakoue and Dante Fowler were traded. A.J. Bouye, Tashaun Gipson, Malik Jackson and Aaron Colvin moved on. Paul Posluszny and Telvin Smith retired. And Myles Jack, the last remaining starter from that revered bunch, was released in March.

The Jags spent the past four years rebuilding.

And the finished product, at least on paper, looks pretty good.

“It’s not even just the additions that we got, but it’s the depth that we have at each position that I am most excited about,” pass rusher Josh Allen said. “When you go to the 1s, we’re going to be out there flying. And when you go to the 2s, there’s no drop-off. … We got better depth at each level. Only two can play, and all of them could start, so that’s competition.”

It starts up front, where Allen and overall No. 1 draft pick Travon Walker are tasked with getting to the quarterback. They are surrounded by several other recent early round draft picks: Cisco, cornerback Tyson Campbell and rookie linebackers Devin Lloyd and Chad Muma.

“Up front, oh my goodness, we got some big boys ready to play,” Allen said.

Pederson has been a calming force for a franchise that’s undergone two coaching changes in as many years. The longtime backup NFL quarterback who led Philadelphia to a Super Bowl victory in 2018 has taken a “healing” approach to players who spent 11 months under coach Urban Meyer in 2021.

Pederson’s biggest impact could be on second-year quarterback Trevor Lawrence, who threw 12 touchdowns and 17 interceptions as a rookie.

Throw in Travis Etienne, the Atlantic Coast Conference’s all-time leading rusher who missed his rookie season because of a foot injury, and Lawrence should have plenty of help while trying to turn around an offense that’s been among the worst in the league the past four years.

Jacksonville ranked last in points scored in 2021, the third time that’s happened in the past nine years.

Jacksonville seems to be on the right path in terms of coaching and talent. No one should be surprised to see the team that’s finished last in the AFC South each of the past four years be considerably better, especially if Lawrence and the defense make progress. Competing for a playoff spot might be a year or two away but being more competitive weekly is a tangible goal.