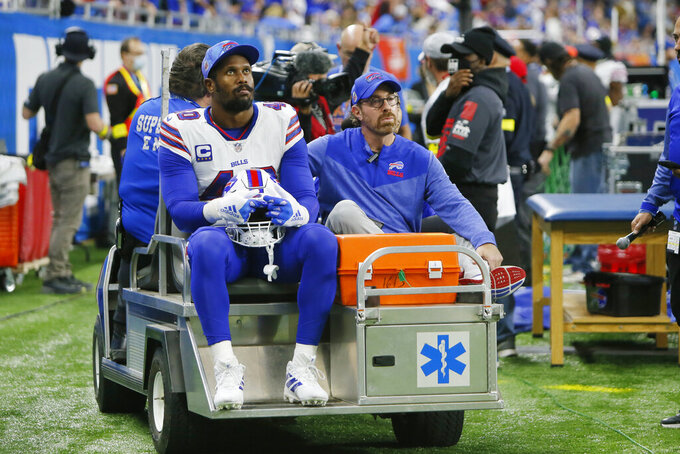 Buffalo Bills linebacker Von Miller (40) is carted off the field during the first half of an NFL football game against the Detroit Lions, Thursday, Nov. 24, 2022, in Detroit. (AP Photo/Duane Burleson)

Miller was injured in the second quarter of Buffalo’s 28-25 win over the Detroit Lions on Thanksgiving. His knee bent awkwardly as Detroit center Frank Ragnow stepped on Miller’s right ankle.

Miller will miss at least four games, but Bills general manager Brandon Beane said the team is hoping that Miller can return for the final stretch of Buffalo’s season.

The Bills signed Miller to a six-year contract in free agency. Miller is the NFL’s active leader in sacks with 123 1/2 and he leads the Bills with eight sacks.