Cowboys' 2021 outlook starts with health of Prescott, others 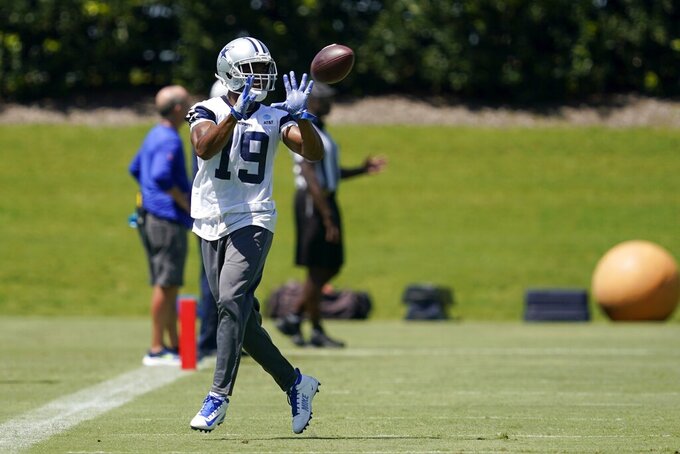 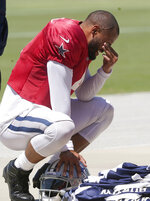 FRISCO, Texas (AP) — Dak Prescott is back from injury along with the star quarterback's three most important offensive linemen, and the Cowboys are looking to rebound from a rough Dallas debut for coach Mike McCarthy.

Health is where defensive end DeMarcus Lawrence starts the discussion of how a proud franchise with five Super Bowl titles can end a 26-year run without even making the NFC championship game, including a 6-10 finish last season.

“You can’t do nothing positive being in the training room,” Lawrence said. “That was one of our situations last year. We couldn’t stay healthy enough. I feel like going to this year it’s all about staying healthy and finishing games.”

Lawrence was speaking more for the offense than a defense that was largely healthy but still gave up a franchise record in points. The Cowboys dumped McCarthy's most important hire, defensive coordinator Mike Nolan, after just one season of blown assignments and a sometimes embarrassing inability to stop the run.

The offense, meanwhile, was among the best in the NFL when Prescott was lost to a severe ankle injury last October. Dallas' production plummeted, which is part of the reason the 2016 Offensive Rookie of the Year signed a club-record $160 million, four-year contract long before his recovery was complete.

Prescott missed most of the preseason, and didn't play in a game, after injuring his right shoulder warming up before one of the first practices of training camp. The Cowboys were never concerned he wouldn't be ready for the opener Sept. 9 at Super Bowl winner Tampa Bay, led by seven-time champ Tom Brady.

“I want to be better than I was before the ankle injury, so for me, it's about getting to that point and getting past that and making sure this team gets better,” Prescott said before he had to deal with the shoulder issue as well. “I've got to make sure this offense, this defense, this special teams and us as a group collectively, we're playing together.”

Prescott's return gets most of the attention, but equally important is the availability of four-time All-Pro right guard Zack Martin (calf), seven-time Pro Bowl left tackle Tyron Smith (neck) and right tackle La'el Collins (hip). They didn't take one snap together in 2020 as two-time NFL rushing champion Ezekiel Elliott had a career-low 979 yards.

“Those guys are the heartbeat of our whole team,” Elliott said. “I definitely missed them a lot last year, and there's no better feeling ... than seeing those guys in there and getting after it.”

The former Green Bay coach has had three consecutive losing seasons, including when he was fired by the Packers with four games remaining in 2018, eight years after leading them to the Super Bowl title. A slow start probably will push McCarthy to the top of those lists of odds for which coach gets fired first, despite being in just his second year.

“I think the privilege of having that pressure is something special,” McCarthy said. “I think that’s what the NFL is, it’s hard and makes you appreciate some of the things you’ve done. But I think it gives you clarity on the things you need to do better to get to where we all want to go.”

Lawrence is looking for his first double-digit sack season since 2018, and his best hope for getting it might be his pass-rushing partner on the other side.

The oft-suspended Randy Gregory had his first uninterrupted offseason since his rookie year and might be able to take some of the attention away from Lawrence. Gregory has played in just 38 of a possible 96 games since he was drafted six years ago.

“I've been impressed by the way he has stayed the course with legitimate life challenges,” owner Jerry Jones said. “He's got a lot of tread left on his tire. We’ve never questioned his talent and his uniqueness. Buoyed by his confidence level, I look forward to him really having a big year.”

CeeDee Lamb had some of the most spectacular catches of camp and could be on his way to surpassing Amari Cooper, who has a $100 million contract, and taking the No. 1 tag that usually ends up with any Dallas receiver wearing No. 88.

Cooper was brought along slowly in camp coming off ankle surgery, and Lamb, last year's first-round pick, ended the preseason on the COVID-19 list. But they should be ready to lead a potentially dynamic group that includes Michael Gallup.

“I think we can be tough, man,” Cooper said. “You never know until the season really starts and things really start popping off because momentum plays a huge factor in it.”

New defensive coordinator Dan Quinn lined up rookie linebacker Micah Parsons, the club's first-round pick, all over the formation during the preseason. There's little question the 12th overall choice in the draft will play a significant role along with Keanu Neal, a converted safety who played for Quinn when he was coach in Atlanta before getting fired last season.

The arrival of both could mean diminished roles for 2018 first-round pick Leighton Vander Esch and 2016 second-rounder Jaylon Smith, the two highest selections at linebacker for Dallas in the past decade. The coaches have avoided talk of a depth chart.

“We don’t put a number on play time or certain amount of plays but there’s some times when there’s a strength in numbers at a group and if what’s best for the team is to play all of them, then that’s what we’ll do,” Quinn said. “We intend to use them in lots of different ways.”