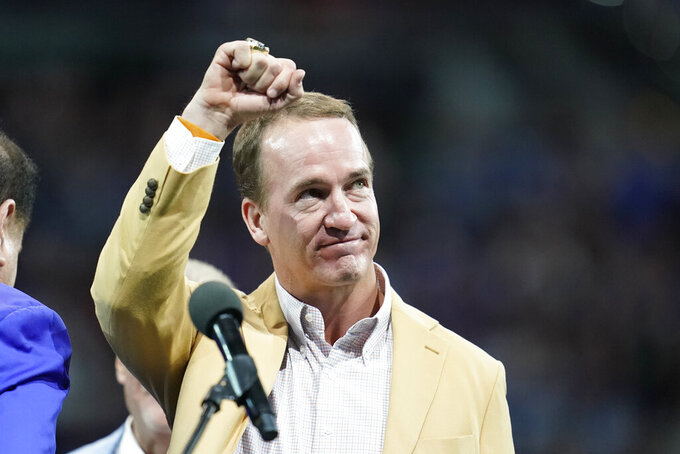 ESPN and Nielsen reported that the Mannings' freewheeling telecast of the Green Bay Packers' 35-17 victory over the Detroit Lions on ESPN2 averaged 1.9 million viewers. The Week 1 overtime thriller between the Baltimore Ravens and Las Vegas Raiders averaged 800,000.

The previous high for an ESPN alternate presentation was 1.03 million for the January 2018 College Football Playoff championship game between Alabama and Georgia on ESPN2.

Monday night's game had an overall average of 13.81 million across ESPN, ESPN2, and ESPN Deportes.

The Mannings are scheduled to do eight more Monday night games this season, including next week's contest between the Philadelphia Eagles and Dallas Cowboys. The remaining seven have not been determined.

NFL viewership is up 14% over the first two weeks last year, according to the league and Nielsen. The 17.7 million average viewership is the highest since 2016.

The Dallas Cowboys' victory over the Los Angeles Chargers on CBS late Sunday afternoon averaged 24.29 million, making it the most-watched program on television for the week.

The NBC “Sunday Night Football” game between the Kansas City Chiefs and Baltimore Ravens averaged 20.8 million on TV and online.