Ridley held out of Falcons' practice with foot injury 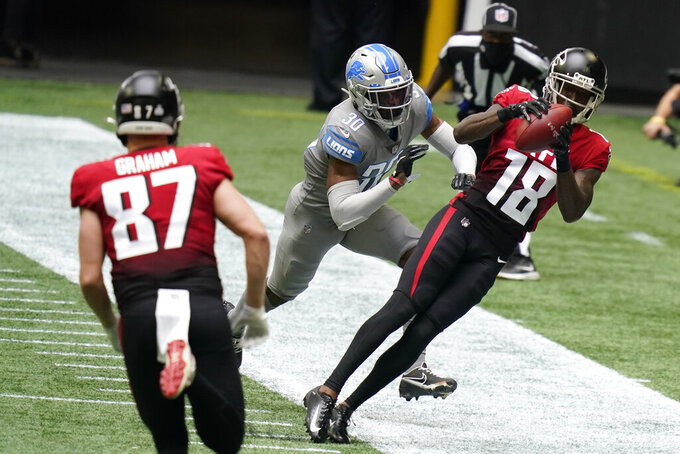 Ridley was hurt early in the second quarter of Atlanta’s 25-17 victory at Carolina last Thursday and hasn’t practiced since. He leads the Falcons with 43 catches for 657 yards and six touchdowns.

Defensive end Dante Fowler Jr. hasn’t been able to practice this week because of a hamstring injury, and defensive end Takk McKinley has been held out with a groin injury.

Cornerback Kendall Sheffield was a full participant after being limited the day before with a concussion and wrist injury. Receiver Russell Gage with limited with shoulder and knee injuries.

Center Alex Mack, right tackle Kaleb McGary were given a day of rest.