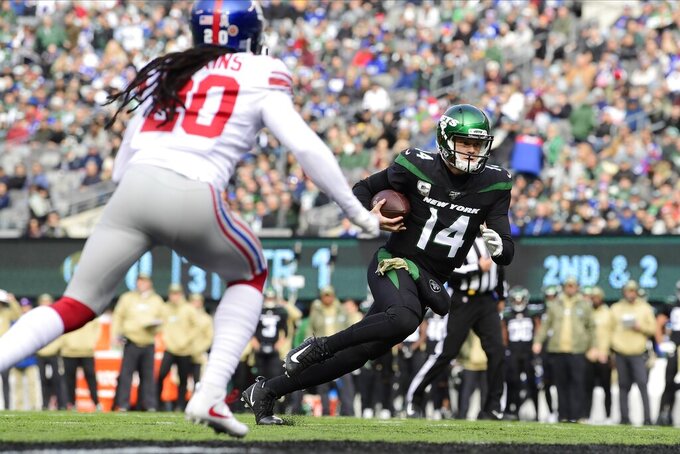 The acquisition became official on Tuesday after the NFL processed the Saints' request to claim Jenkins through the league's waiver system.

The Giants waived Jenkins after he declined to acknowledge wrongdoing when he used offensive language in an exchange with a fan on social media. Jenkins' official designation was waived-injured because of his minor ankle injury during a Week 14 loss to Philadelphia that dropped the Giants to 2-11.

Now Jenkins joins a Saints team that already has clinched the NFC South for a third straight season and is in the hunt for one of the top two playoff seeds in the NFC heading into its final two regular-season games.

The 31-year-old Jenkins has started all but two games in which he has played during his eight-year career. He made the Pro Bowl in 2016, the year he signed a five-year, $62 million deal with New York.

Jenkins has 22 career interceptions, four this season, tying a career high set as a rookie in 2012 with the St. Louis Rams.

Marshon Lattimore and former Giant Eli Apple have been the Saints' starting cornerbacks this season, but New Orleans routinely uses five- and six-defensive back formations in passing situations.