Browns could be missing several starters Sunday against Rams 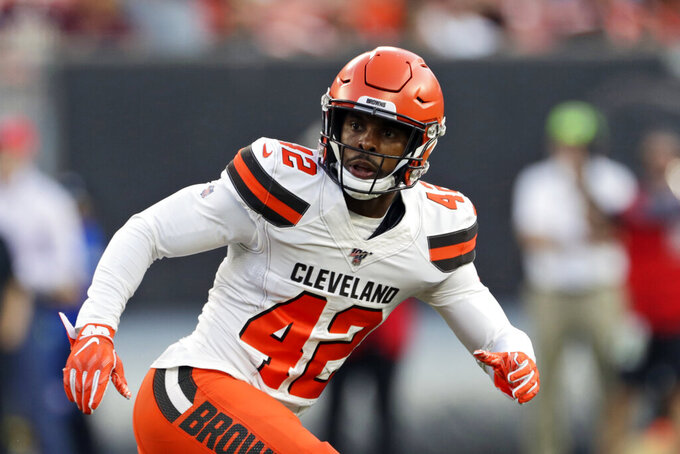 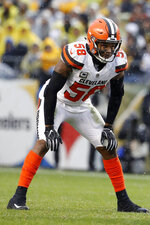 BEREA, Ohio (AP) — The Browns came away from their blowout over the Jets badly bruised, and could be without several starters Sunday night against the Los Angeles Rams.

The most notable injury is to linebacker and captain Christian Kirksey, who has a chest injury that could require surgery and sideline him indefinitely.

While his teammates practiced the past two days, Kirksey has been limited to working on the side with trainers. He won't play this week and Thursday coach Freddie Kitchens said the team was still gauging whether he would need an operation.

"We are trying to evaluate and see what the best course of action is with him," Kitchens said.

With Kirksey out, rookie Mack Wilson will start. But he doesn't have experience and that could hurt the Browns when facing one of the most potent offenses in the NFL.

"He's the leader in our room. He's the leader on the defense, the vocal leader. He's the leader on the team," linebacker Joe Schobert said. "So not having his presence out there is definitely going to be missed. But I've got a lot of faith in the young guys, what they've shown through spring, through training camp, up to now. Now to be under the lights it'll be a little bit bigger, but they played at big-time universities in big-time games and I'm excited to see what they do."

Wilson played 11 snaps against the Jets and had four tackles.

Also, the Browns were awaiting another medical opinion on tight end David Njoku. He broke his right wrist in Monday's win and may need surgery.

Hubbard was in Cleveland's locker room wearing a walking boot, and there remains a chance he'll play. If not, Justin McCray, who was acquired from the Packers last month and played in Cleveland's opener, would replace him in the starting lineup.

"I have a lot of confidence in Justin," Kitchens said. "He is competing, trying to get better and understands what is in front of him, and I expect him to go out and perform — and perform well."