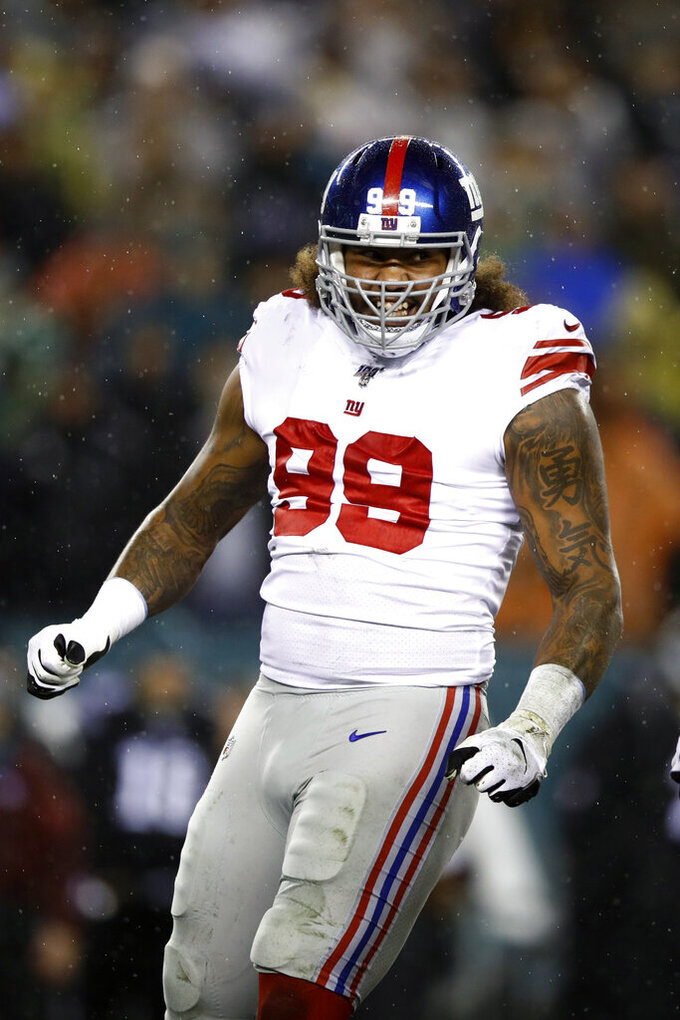 The Giants announced the signing on Wednesday, a day before the NFL draft. The team placed the franchise tag on Williams on March 16.

Williams will earn a salary in the 2020 season based on the average of the top five salaries from his position. The two sides can negotiate a long-term contract during the season.

The Giants acquired Williams on Oct. 29 from the Jets for two draft choices, including a third-round selection on Friday and a fifth-round choice in 2021.

The 25-year-old Williams played in eight games for the Giants with five starts. He had 26 tackles, a half-sack, two tackles for loss, 11 quarterback hits, two passes defended and a forced fumble.

The sixth overall pick in the 2015 draft out of Southern California, Williams has played in 79 games with 75 starts. He has 266 tackles, 17 1/2 sacks, three forced fumbles and six passes defended.

The Giants' defensive line for next season is led by Williams, Dalvin Tomlinson, B.J. Hill and Dexter Lawrence, a first-round choice last year.

New York posted a 4-12 record last season. It has the No. 4 overall pick in the draft.