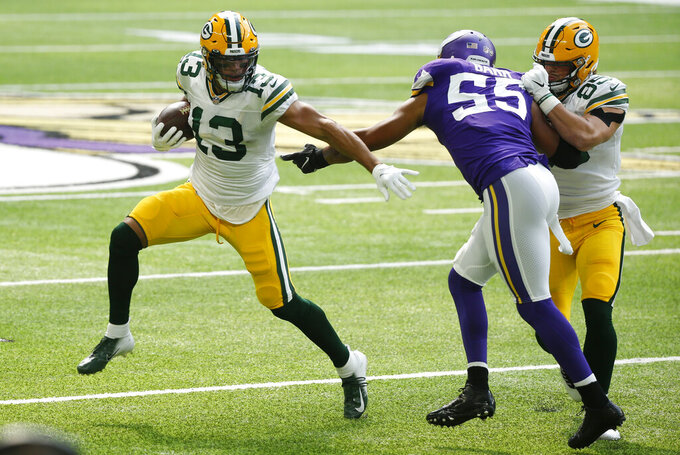 Barr was hurt before halftime of Minnesota's 28-11 loss Sunday at Indianapolis, and Zimmer said the seventh-year pro would be placed on injured reserve.

Barr has not missed more than four games in any of his previous NFL seasons since the Vikings drafted him out of UCLA with the ninth overall pick in 2014. Barr signed a five-year, $67.5 million contract in 2019, but the Vikings aren't on the hook for much more after this season. Barr has been a vital part of Zimmer's scheme along with his close friend, fellow linebacker and former college teammate Eric Kendricks.

The Vikings (0-2) will now have three starters on injured reserve, with Barr joining defensive end Danielle Hunter and right guard Pat Elflein. Zimmer has said Hunter and Elflein will not require long-term absences, but the Vikings have been especially guarded about their injuries. Hunter was hurt in training camp and has not played yet due to a reported neck injury. He went on IR before the opener. Elflein reportedly hurt his thumb in practice Wednesday, when he was put on IR.