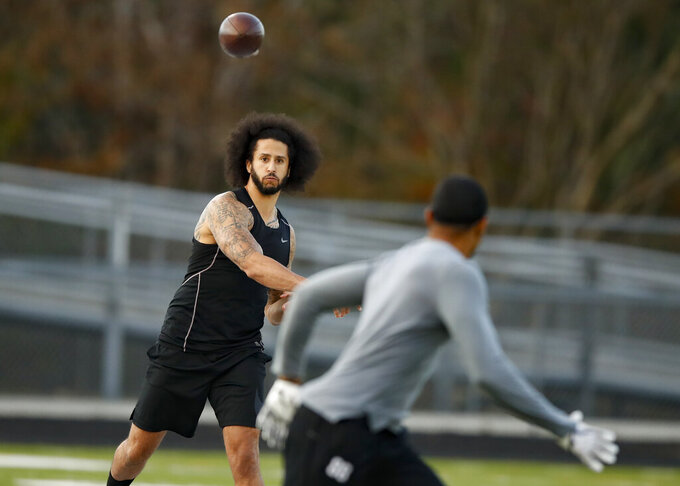 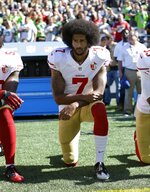 The images are haunting.

Dramatic music, punctuated by the beeping sound of an open car door. The silhouette of former NFL star Anquan Boldin, wearing sunglasses and sitting at the wheel of his vehicle.

“Yeah, I'll never forget that night,” Boldin says, before going on to recount how his cousin, Corey Jones, was gunned down by a plainclothes police officer while waiting by his disabled automobile on the side of a Florida exit ramp.

It's a public-service announcement for the campaign “Inspire Change.” What makes the ad even more compelling is its conduit to the world.

Boldin's deeply personal story already aired during the NFC and AFC championship games. It's also been shared on the league's official Twitter site, along with the message: “Be the change.”

On Feb. 2, it will apparently get the biggest bump of all — a prized commercial slot during the Super Bowl.

Yep, the league has suddenly become a clarion in the quest for social justice, most strikingly tackling the issue of police brutality against African-Americans.

Hmm, wonder where they got that idea?

With a razzle-dazzle of hypocrisy and zero amount of shame, the same guys who banished Colin Kaepernick from the league for kneeling during the national anthem to raise awareness about those very same issues have ruthlessly commandeered his cause.

Only now, they've rid themselves of the outspoken quarterback who did nothing but stir up good trouble (to borrow the mantra of civil rights fighter John Lewis) to ensure these social ills are acknowledged in a sanitized fashion that doesn't hurt their bottom line or stir the wrath of the president.

The NFL's efforts, no matter how well-intentioned, are worthy of scorn and cynicism.

With its over-the-top promotional campaign leading up to the Super Bowl, which includes all sorts of charitable projects as well as another emotional PSA recounting the senseless death of Botham Jean at the hands of a Dallas police officer, the league has acknowledged that Kaepernick's cause was just.

“We are in this together,” the NFL tweeted in the video about Jean, who was killed in his own apartment in 2018.

Yet Kaepernick remains unemployed, having gone a full three seasons since he last took a snap and unlikely ever to play again in the NFL after he spurned a sham tryout organized by the league in November.

This is not to diminish the efforts of Boldin and other former and current NFL players, who seem genuinely concerned about issues such as police brutality, criminal justice reform and voter suppression.

Boldin's pain is certainly real as he discusses what happened to his cousin on that awful night in 2015.

“I was still playing with the 49ers,” he says in the PSA, “and my wife walks up after the game and told me that my cousin Corey had been killed.”

Boldin goes on to say, “Corey broke down on the side of the road and a plainclothes police officer pulled up. Then this guy starts screaming. All you hear from there is three shots."

Then, the ad shifts suddenly to Jones' anguished father.

“Why? Why is my son gone today? Why?” he says through sobs.

Spurred by the death of his cousin, Bolden helped launch The Players Coalition.

“There's just some things that are bigger than football,” he says in the ad. “I felt like starting The Players Coalition and effecting change in this country was one of those things.”

Indeed, Boldin's group is doing some good work. But his efforts will always be shadowed by the decision to align with the NFL, which was all too happy to contribute a few million dollars from its billions in revenues to make the Kaepernick issue go away.

While suddenly proclaiming itself to be socially conscious, the league has done nothing to acknowledge Kaepernick's role in setting such an important agenda. Instead, the billionaires club turned its resources toward those who would take the money and not raise too much of a ruckus.

It hit the jackpot with The Players Coalition. Even more so with rapper and self-absorbed entrepreneur Jay-Z, who climbed aboard the NFL train without hesitation when he realized just how profitable the cause of social justice could be.

So, when you watch Boldin's heart-wrenching story on Super Bowl Sunday, don't forget the guy who got the ball rolling.

The guy who took a knee.