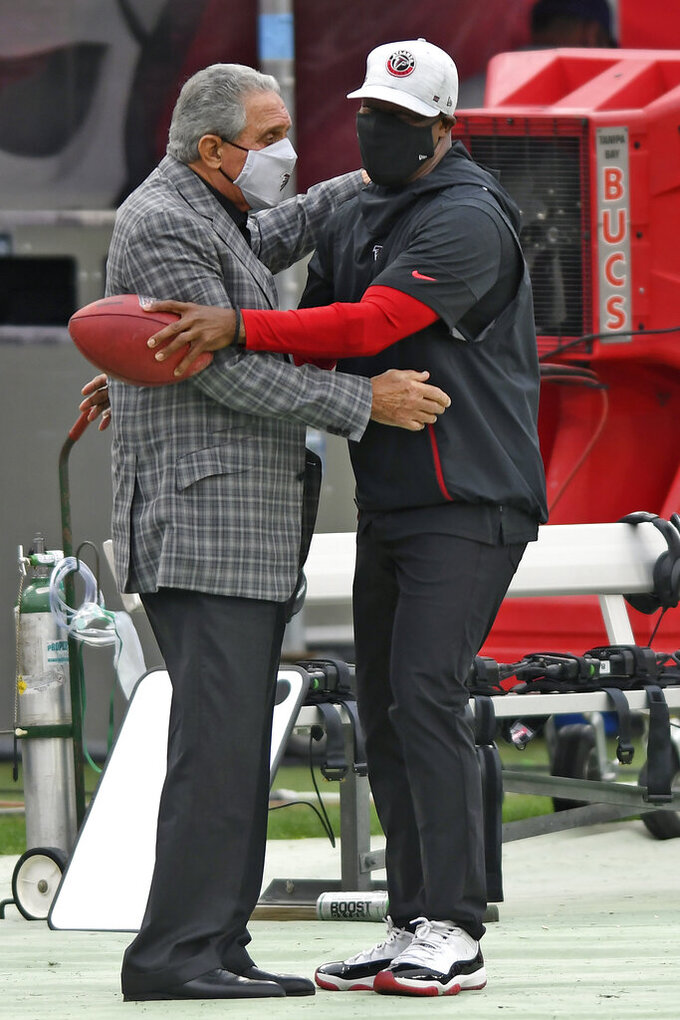 ATLANTA (AP) — The Atlanta Falcons have interviewed two directors of college scouting, Brad Holmes of the Los Angeles Rams and Morocco Brown of the Indianapolis Colts, for their general manager position.

The Falcons announced Tuesday they conducted virtual interviews with Holmes and Brown.

Atlanta is looking to replace Thomas Dimitroff, who along with coach Dan Quinn was fired following a 0-5 start this season. Dimitroff had been the Falcons' general manager since 2008.

Holmes has directed the Rams' scouts for eight years.

Team owner Arthur Blank has said he will not place limitations on what moves a new general manager and coach can make. He said that includes decisions on quarterback Matt Ryan and wide receiver Julio Jones.

Morris, the former defensive coordinator who went 4-7 as interim coach, interviewed for the permanent job on Friday.