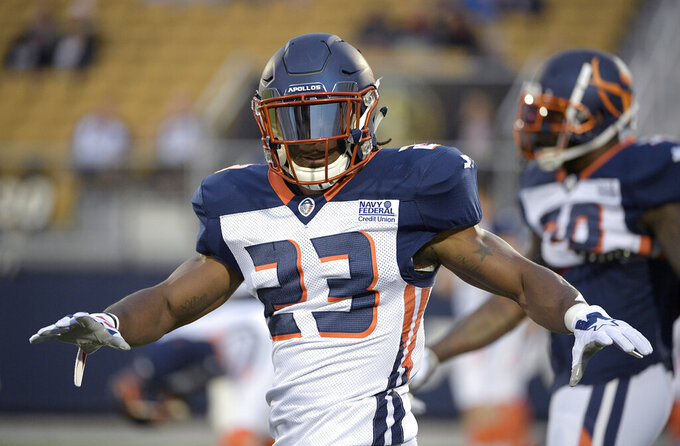 Joe Douglas wasn't kidding when he said during his introductory news conference that he would scour the waiver wire to add players. The new general manager made his second move in as many days Thursday to bring in a cornerback.

He claimed Montrel Meander off waivers from Oakland on Wednesday.

Myers was signed last year by Tampa Bay as an undrafted free agent out of Southeastern University. He did not appear in a regular season game for the Buccaneers. Myers played for Orlando of the now-defunct Alliance of American Football during the winter.

Battle joined the Jets last month as an undrafted free agent out of LSU, where he was a teammate of safety Jamal Adams.