Barrow to step down as CBS prepares for more golf changes 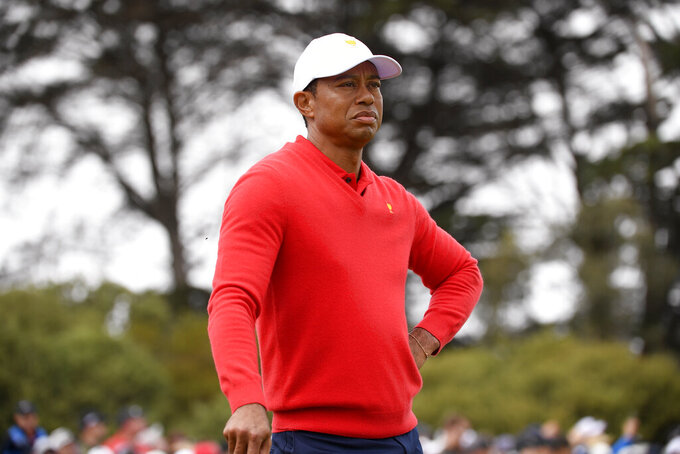 MELBOURNE, Australia (AP) — CBS Sports, which already has gone through additions and subtractions going into its golf season, had one of the biggest changes when Lance Barrow announced he was stepping down as producer after the 2020 season.

Barrow will be succeeded by Sellers Shy, who will increase his duties next year.

Shy will be only the third coordinating producer for golf at CBS over the last 60 years. Frank Chirkinian had that role from 1959 until he retired in 1996 and was replaced by Barrow.

Barrow first joined CBS in 1976 as a spotter and researcher for Pat Summerall during NFL games. In addition to golf, he was coordinating producer of the NFL and lead producer from 2004 to 2017, along with producing four Super Bowls. He has won 12 Emmy Awards at CBS.

Barrow stays on in an advisory role.

“For over 40 years, Lance has embodied the tradition and history of CBS Sports golf and set the standard of excellence in golf production,” said Sean McManus, chairman of CBS Sports. “He is a golf institution and has been a tremendous ambassador of the sport on behalf of CBS Sports."

Shy first worked with CBS as a spotter during the 1987 Danny Thomas Memphis Classic in Memphis. He has produced the PGA Tour, NFL, NCAA basketball and highlight shows for the Masters and PGA Championship during his career at CBS. Shy currently produces the Asia Pacific Amateur and Latin America Amateur.

Over the last few months, the contracts of Peter Kostis and Gary McCord were not renewed. Davis Love III is joining CBS in an analyst's role. Frank Nobilo will go to CBS Sports on a full-time basis, with additional roles for Mark Immelman and his brother, former Masters champion Trevor Immelman. CBS also has hired Michelle Wie.

Sports Business Journal is reporting on a new television contract with the PGA Tour that looks similar to the one in place now, with one big change at the end of the year.

In a daily newsletter, John Ourand of Sports Business Journal cited multiple sources in reporting that CBS and NBC have agreed on broad terms that would keep them as the main networks for PGA Tour coverage. SBJ says the rights fee would increase by about 60% and that the deal would be another nine-year agreement through 2030.

SBJ also reported the tour has agreed to terms with Golf Channel.

Any deal is not expected to be finalized or announced until the first quarter of next year.

Still to be determined are digital rights for PGA Tour coverage, which currently belong to NBC Sports as part of the live streaming “PGA Tour Live” of featured groups before network coverage begins. SBJ says ESPN and Discovery are part of the negotiations; Discovery currently has international rights.

Another part of the puzzle is what this deal means for the LPGA Tour, which is having the PGA Tour negotiate its next TV contract. Golf Channel broadcasts the majority of LPGA events, and there were times that LPGA events were shown on tape delay. Golf Channel also has a current deal to air the PGA Tour Champions and Korn Ferry Tour events.

With most of the attention on the Presidents Cup last week, Jazz Janewattananond won the Indonesian Masters for his third Asian Tour victory of the year and secured a spot in the real Masters.

The 24-year-old Thai moved to No. 45 in the world ranking and is guaranteed to finish among the top 50, one of the criteria used by Augusta National for its Masters field.

This is the final week of tournaments around the world, with Australian PGA Championship in Gold Coast and the Thailand Masters on the Asian Tour.

That means Victor Perez of France (No. 44), Andrew Putnam and Erik Van Rooyen are assured of finishing in the top 50 and securing spots in the Masters.

This week will determined another spot. Adam Hadwin is projected to finish the year at No. 50, but he could get bumped if two-time Australian PGA champion Cameron Smith finishes in a two-way tie for third of better.

That would put the field at 87 players, with the Latin American Amateur Championship in January. Winners of PGA Tour events that offer full FedEx Cup points will be eligible, along with the top 50 published a week before the Masters.

One of his best weeks in golf ended on a sour note for Abraham Ancer, not just because he lost his singles match to Tiger Woods, but because of scrutiny to his reply in Mexico last month about the Presidents Cup.

Asked during the Mayakoba Classic about his debut in the matches, specifically singles, Ancer said he'd like to play Woods, “but the truth is that our objective is do everything we can to win. Winning a match in the singles would be very special, so we need to try to get the Cup.”

The match turned on the 14th hole when Woods made a 6-foot par putt and Ancer missed from just inside that to fall 2 down. Woods closed him out with a birdie on the 16th hole, turning to remove his cap just as the ball reached the center of the cup.

“Abe wanted it — he got it,” Woods said during the winner's press conference.

Ancer says the question in Mayakoba was in Spanish and the tone wasn't presented the right way.

“It was never like cocky or challenging or anything like that,” he said. “At the moment I thought it would be a great experience, which it was. No matter what, with the outcome of the match, I would have gained a lot. I would have become a better player just from being in that situation.”

Woods was asked later if he was aware of the comment and replied, “Yes,” before the reporter finished asking the question. As the question resumed, Woods simply said, “Next.”

Ancer, meanwhile, went 3-1-1 for the week, sharing with Sungjae Im the largest points contribution for the International team. He made a prophet out of Adam Scott, who said on the eve of Ancer's first Presidents Cup, “I'll be shocked if he's not a big points-earner for us this week.”

Stewart Cink's wife, Lisa, is caddying for him in the Australian PGA Championship. ... Phil Mickelson fell out of the top 50 for the first time in nearly 26 years at the HSBC Champions. He is now at No. 62 and is projected at No. 70 by the end of the year. Mickelson is playing at least four straight weeks starting in January — The American Express, Torrey Pines, Saudi International and the AT&T Pebble Beach Pro-Am. ... Curtis Thompson and Braden Thorberry shared medalist honors at Korn Ferry Tour qualifying, meaning both will be fully exempt the entire season. ... The ANA Inspiration has created a new category to invite the highest-ranked player not already eligible from the Japan LPGA.

Justin Thomas has yet to sit out a match in two Presidents Cup and one Ryder Cup appearances. He has a 10-3-2 record.

“This is the ultimate in golf. It is like an Open Championship with Augusta greens.” — Tiger Woods on Royal Melbourne.