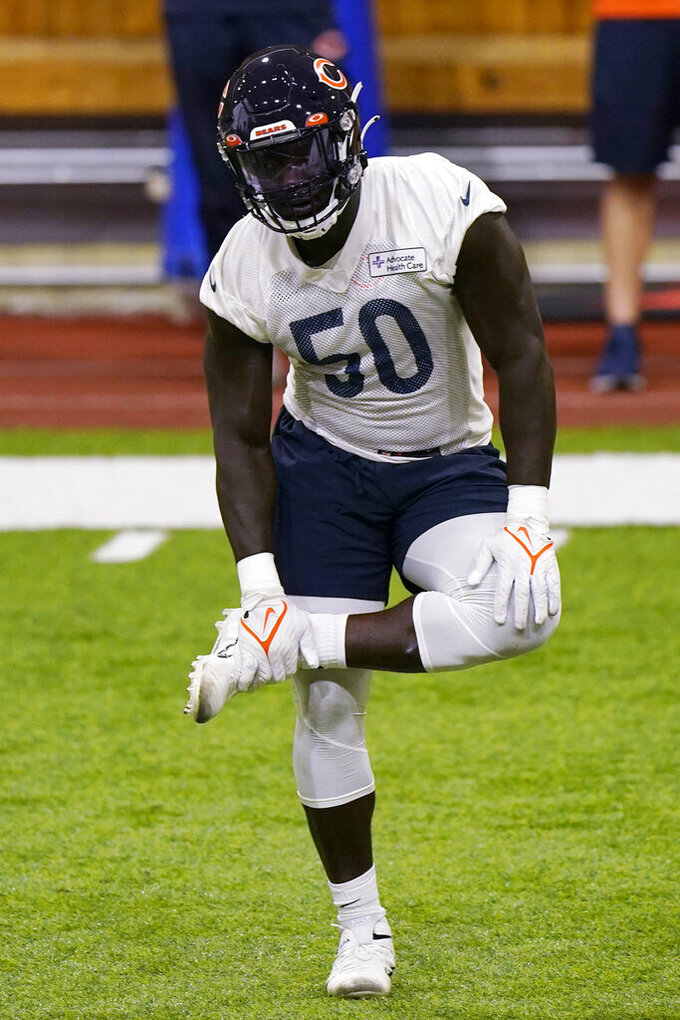 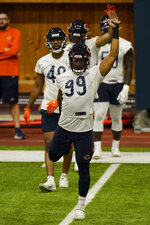 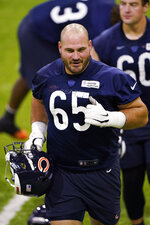 LAKE FOREST, Ill. (AP) — The Chicago Bears can’t get defensive end Robert Quinn to come to practice at Halas Hall and can’t get their passing duo of quarterback Justin Fields and Darnell Mooney to leave.

The Bears opened a three-day mandatory minicamp Tuesday without their top pass rusher present even after coach Matt Eberflus had expressed the opinion Quinn would show up for the required practices. Now, Eberflus has turned the matter over to GM Ryan Poles.

“We hoped he would be here, he’s not,” Eberflus said. “Ryan and his staff are going to work through that.”

“Have I communicated with him? Sure,” Eberflus said. “Yeah, I’ve talked to him. Wished him happy birthday a few weeks ago and we’ve talked to them. In terms of being here, not being here, I’m going to leave that up to Ryan.”

Quinn set the franchise single-season sack record in 2021 with 18 1/2. He was at Halas Hall for an April ceremony after winning the veterans Brian Piccolo Award, but hasn’t been at a single voluntary or mandatory practice. Quinn’s contract runs through the 2024 season.

“It’s Rob, so, you know, he’s been in the league for a while, and I’m pretty sure he has his reasons,” safety Eddie Jackson said. “We’re just waiting on him to come back. We know he’s going to come back in tip-top (shape).”

In Tuesday’s practice, even without Quinn the defense seemed to have the edge on Fields and the offense with interceptions coming from both safety DeAndre Houston-Carson and cornerback Jaylon Johnson.

Fields isn’t overly concerned with offseason turnovers, and has seen progress within the new offensive system put in place by coordinator Luke Getsy.

“I’m not ready for the season to start,” Fields said. “I’m the type of guy that would like to know I’m prepared.

"So, right now, I’m just being honest: We’re not ready to play a game right now. And when that time comes, we will be ready.”

One key focus for coaches has been on Fields’ passing technique. They’ve altered his footwork and delivery somewhat.

It includes long days working together on and off the field with his top receiver, Mooney, as well as at Halas Hall in the weight room. The two have been taking measure of which logs the most time at work.

“There was one day I think we were just laying around, like we were literally just sitting in the weight room, just laying down like, just having that competition on who’s gonna stay the longest,” Mooney said. “But, yeah, he’s a hard worker, of course.”

“Just seeing how much he works, how hard he works, it’s kind of contagious,” Fields said. “So really just getting more guys around us, letting them see how hard we work, I think them seeing that will just make them want to work.”

NOTES: Guard Dakota Dozier went down with an injury and was taken from the field on a cart. Eberflus said he would not have an update on offseason injuries. Dozier is competing for starting right guard with former starting center Sam Mustipher. ... Second-round draft pick Jaylon Johnson missed practice after missing last week’s OTAs, but was watching from the sideline. ... Rookie Braxton Jones continued working with starters at left tackle for the second straight week.