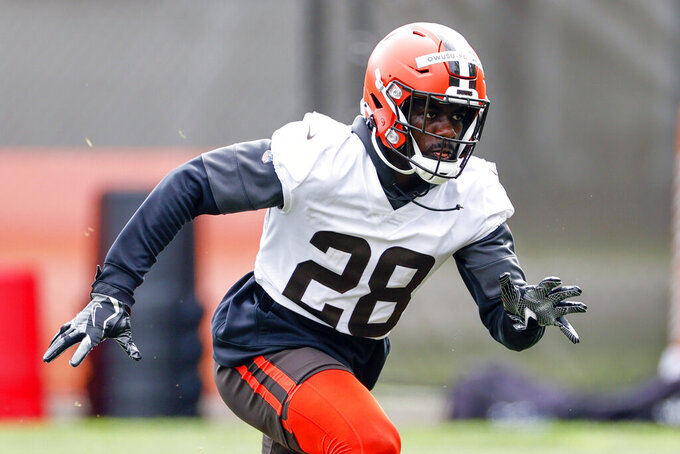 Owusu-Koramoah missed the past three games with a high ankle sprain, an injury that came as he was playing his best ball this season. He returned to practice this week, didn't have any setbacks and was cleared to play Sunday.

After a slow start, Cleveland's defense has played better in the past three games but has missed Owusu-Koramoah, whose speed is a weapon as he can blitz as well as cover running backs and tight ends.

He's had a rough start to his NFL career, testing positive for COVID-19, suffering a cut near his eye in a weight-room accident and being briefly hospitalized with a throat bruise — all before hurting his ankle.

In five starts and six games, Owusu-Koramoah has 27 tackles, four passes defensed, one forced fumble and a half-sack.

Billings became expendable after losing his starting job to Malik McDowell. The 6-foot-1, 335-pound Billings signed as a free agent with Cleveland before last season but opted out due to COVID-19 concerns.

The Browns will be without star running back Nick Chubb and returner/running back Demetric Felton on Sunday. With a need for depth, Cleveland elevated running back Brian Hill from the practice squad.

Natson is expected to take Felton's spot in returning punts.

Chubb, the No. 3 rusher in the NFL with 721 yards, and Felton both tested positive for COVID-19 earlier this week. They were unable to pass two negative tests 24 hours apart to be eligible to play Sunday.