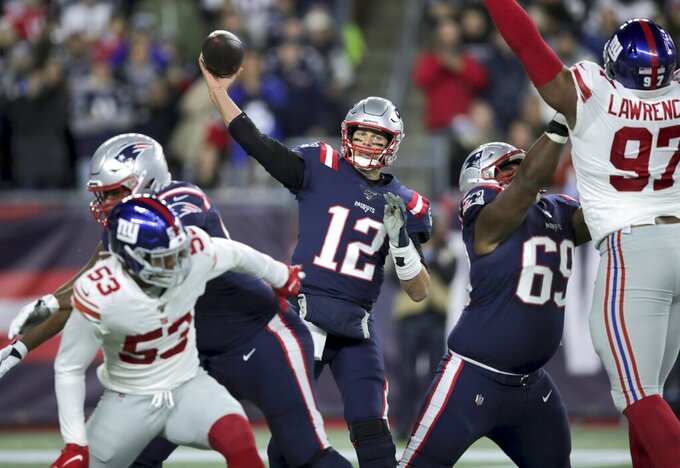 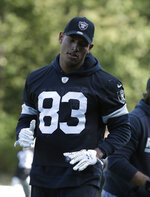 Coaches will deny until the end of their careers that when you play an opponent in the schedule doesn't matter.

It's doubtful they truly believe it.

When and where you face a team in the NFL makes a whole lot of difference.

Weather, for example. Do you really want to be in Miami, Tampa or Jacksonville in September, when temperatures can reach the 90s? Or in Green Bay, Buffalo or Kansas City in December, when the thermometer might read 90 degrees colder?

Do dome teams want to play lots of game outdoors, especially when their roster is built more for the indoor game?

Again, coaches will vehemently say "You play whoever is next and don't look down the line beyond that contest."

Though once in a while there will be public complaints from the men in charge or the men they coach.

"We're going to do a lot of bonding time, right? We're going to be together as a team," Raiders quarterback Derek Carr said, dismissing the perceived unfairness of their schedule. "No one cares. We've just got to win games, right?"

The Raiders went to England directly from Indy, spending much of the week practicing before that "home" game against Chicago. The Raiders are off this week — a well-earned bye, yet they will head back on the road for games at Green Bay and Houston. On Nov. 3, 48 days after playing Kansas City at the Oakland Coliseum they are leaving next year for Las Vegas, the Raiders host Detroit in the Bay Area.

Locking in and getting it done is more difficult when heat or snow or frigid winds come into play. Reporters covering teams from the Northeast or Midwest usually glance at the schedule when it is revealed in the spring to see when they have a trip to Buffalo or Green Bay (hopefully in September) or to any of the Florida clubs (hopefully near the end of the season).

This year, with so many key players going down, the schedule has a more important role.

Taking on the Steelers without star quarterback Ben Roethlisberger and backup Mason Rudolph could be highly advantageous for the Chargers, Colts and Rams, three of Pittsburgh's next four games.

Same for playing the Jets with Sam Darnold, who returns on Sunday against Dallas. Then again, would they have beaten Dallas or Philadelphia with him? Still, it's a huge advantage with third-stringer Luke Falk behind center.

Also, don't be fooled by the strong starts several teams have made this season. Yes, New England (6-0) is a candidate to beat anyone anywhere as long as Tom Brady is around. So perhaps the fact the Patriots' opponents are a collective 7-23 doesn't matter. Except that the Bills, who gave New England its only close game, are 4-1, the Patriots' only true test.

Then again, the Bills built their record with victories over the Jets, Giants, Bengals and Titans, total record now at 10-17. Take away New England's perfect mark, and the number is an ugly 4-17.

Until the 49ers manhandled Cleveland, their opposition was 3-12. The Niners have looked terrific, one of the biggest surprises in the NFL. And despite routing the Browns, well, it was the overhyped and disappointing (so far) Browns.

San Francisco's crucible could come late in the season when the Niners play Seattle, Green Bay, Baltimore and New Orleans in a five-week span.

Dallas got off to a 3-0 start, but against weaklings (Giants, Redskins, Dolphins). Once the Cowboys went up against New Orleans and Green Bay, both now 4-1, they lost.

Those 4-1 records are impressive because of the quality of opponent. The Saints have beaten AFC South leader Houston, NFC West contender Seattle, and Dallas. Three of their victories (Tampa Bay is the other) have been with Teddy Bridgewater filling in for Drew Brees at quarterback.

The Packers have wins over Chicago and Minnesota, likely contenders in the NFC North, and at Dallas. The only loss was to Philadelphia, tied with the Cowboys atop the NFC East.

So if you want to predict who might be a playoff squad come January, look at who they play, where and when.