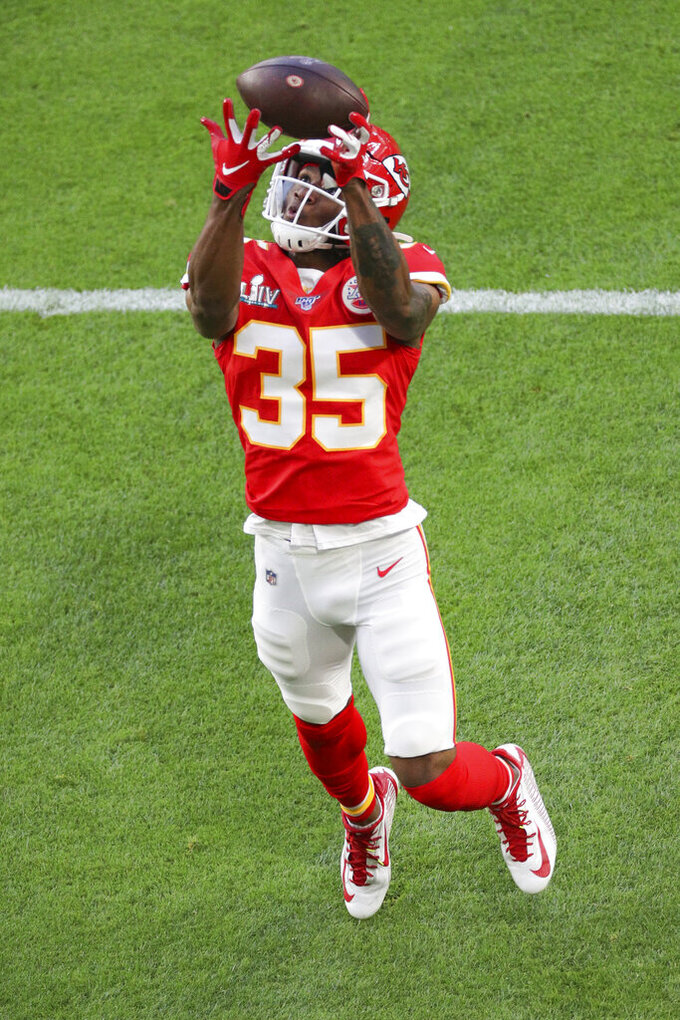 NEW YORK (AP) — Chiefs cornerback Charvarius Ward earned the most in the NFL's performance-based pay program, getting an additional $654,750 out of an overall pot of just under $148 million.

Ward, who was not selected in the 2018 draft, received nearly 15% more than his 2019 salary of the league minimum for second-year players ($570,000). He started all 16 games during Chiefs' championship season, playing in nearly 95% of the Chiefs’ defensive plays, as well as almost 26% of the special teams plays.

Next on the list was New England center Ted Karras, who inherited the job when David Andrews was lost for the season. He earned just under $636,000.

Players become eligible to receive a bonus distribution in any regular season in which they play at least one official down. In general, players with higher playing time percentages and lower salaries benefit most from the pools.

Overall, eight players who were not selected in their draft years made the top 25 in performance-based earnings. The highest-drafted players in the top 25 were third-rounders Richie Incognito of the Raiders — the guard entered the league in 2005 — and second-year tackle Orlando Brown of Baltimore.