D.J. Reed finding a home and a major role with the Seahawks 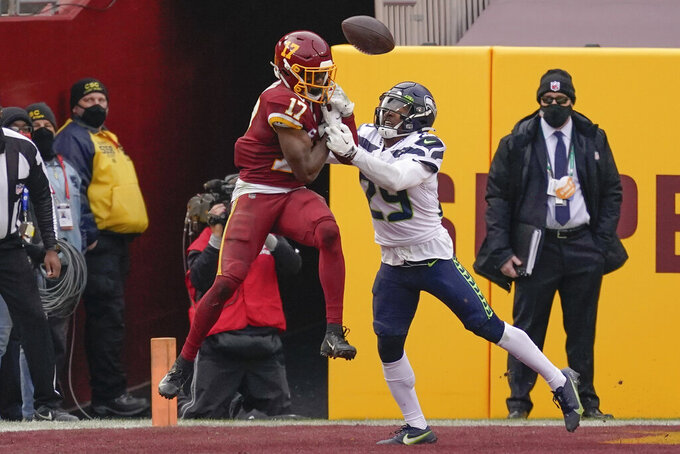 RENTON, Wash. (AP) — D.J. Reed might not have seen the field at all this season if Seattle Seahawks general manager John Schneider didn’t take a chance during the summer.

By taking that flyer on a waiver claim and giving Reed time to get fully healthy following an injury, he has become an invaluable addition at cornerback for the Seahawks the second half of the season.

“I’ll have a chip on my shoulder forever,” Reed said. “For real. It’s heavy.”

Reed will likely start his fourth straight game Sunday when the Seahawks host the Los Angeles Rams with a chance to wrap up Seattle’s first NFC West title since 2016 with a victory.

Reed has been a revelation for the Seahawks and their improved defense in recent weeks. Injuries in the secondary have forced an expansion of Reed’s role from being an extra defensive back in passing situations and playing in the slot, to starting on the outside in recent weeks after Quinton Dunbar and Tre Flower ended up on injured reserve.

So far, Reed has passed every test. Reed had his second interception of the season, recovered a fumble and had three passes defensed last week against Washington.

“This is to John’s credit and the scouting department, finding the guy that could fit in and do something, and they had great vision to see how he could fit in,” Seattle coach Pete Carroll said. “I’m really excited about how he’s playing.”

Seattle is turning out the be the beneficiaries of a gamble that seemed to backfire on the San Francisco 49ers. Reed suffered a torn pectoral muscle during the offseason and the 49ers opted to waive Reed in August with an injury designation with the thought he’d end up on their injured reserve list.

Schneider and the Seahawks had other ideas. Seattle claimed Reed and placed him on the non-football injury list. He would miss the first half of the season, but Seattle deemed it a worthwhile risk, allowing the former fifth-round pick out of Kansas time to heal before seeing what he could add to their defensive backfield.

“I’ll be telling myself sometimes, like, man, I wasn’t supposed to be playing this year. If nobody would have picked me up — it was the Bills, Texans, and the Seahawks — if they wouldn’t have shown interest, I’d be at home right now and nobody would know what I’m capable of,” Reed said. “But it’s crazy how God works because I knew I was capable of this.”

Reed is just 5-foot-9, but so far that hasn’t been an issue. And he’s very familiar with this week’s opponent having started and played every snap when the Seahawks played the Rams in Week 10.

“He has really good instincts, and toughness, and smarts and all the rest,” Carroll said. “It just adds up to he is all over anybody he’s playing right now.”