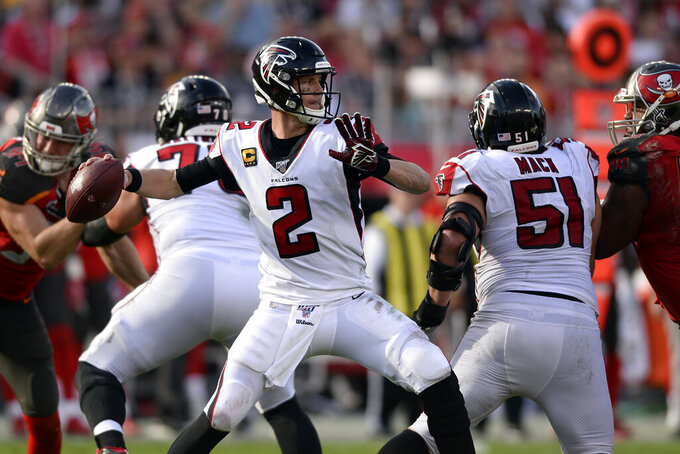 ATLANTA (AP) — The Atlanta Falcons will have new uniforms for the 2020 season.

That's all the team is disclosing for now.

The Falcons announced the plan in a letter from team owner Arthur Blank to season-ticket holders. No details of the new look were released. The Falcons say the uniform, designed by Nike, will be unveiled in April.

This will be the Falcons' first new uniform since 2003. The team says it seeks to “create a look that reflects Atlanta’s culture, pride and unity with characteristics influenced by fan and player feedback."

In the letter to season-ticket holders, Blank said “time and again” he has heard fans request a new look for the team.

“We listened to your feedback,” Blank said.