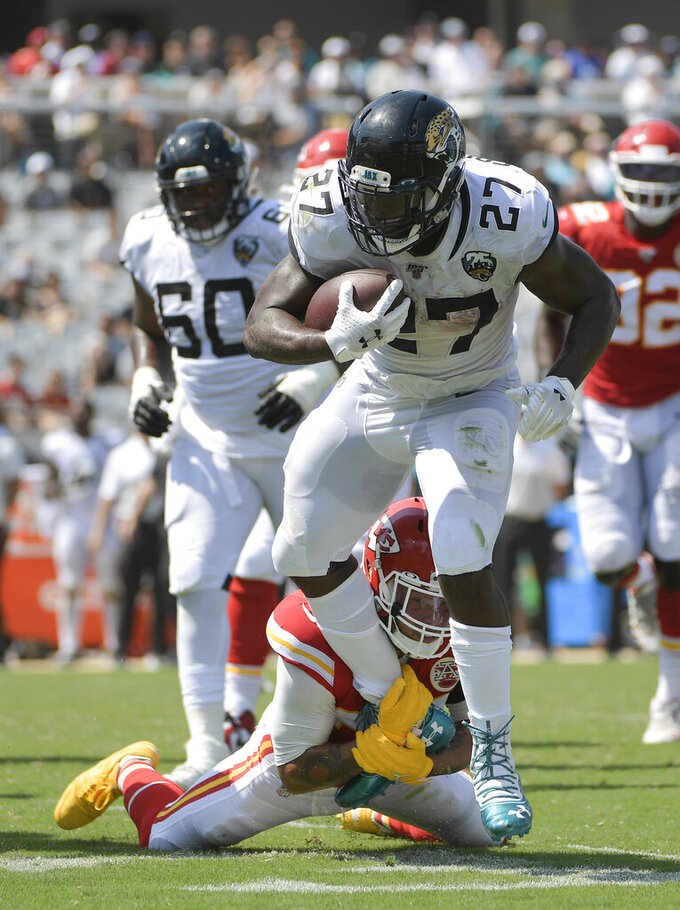 With one week in the books, fantasy football players are in the "was it real or was it an illusion?" mode.

Lamar Jackson probably isn't that good (but the Dolphins may be that bad), Dak Prescott isn't likely going to flirt with 5,000 passing yards, Sammy Watkins can't get every target and the Steelers offense won't endure a season settling for field goals.

Week 2 will offer clarity to the above. At the same time, consistency is a beautiful thing to have, especially if you have fantasy players mentioned here.

START: Tom Brady, QB, Patriots: He's a must-start even if Antonio Brown doesn't play. Brady has done some of his best work for fantasy players against the Dolphins, having thrown at least five touchdown passes in five of his past six games versus Miami. He's also thrown for at least 274 yards in six of his past 10 outings against Miami, making him a solid bet to pick up where he left off against the Steelers on Sunday night.

SIT: Jared Goff, QB, Rams: The lingering effects of his Super Bowl struggles appeared to have carried over. Goff was 23 for 39 for 186 yards in Week 1. The Saints had the third-worst fantasy points allowed to opposing quarterbacks in Week 1 and while the matchup is tempting, the risk of starting Goff looks higher than the reward.

START: Leonard Fournette, RB, Jaguars: Yes, Fournette will get the bulk of the carries against a Texans defense that was 28th in fantasy points allowed to opposing running backs in Week 1. What places him here is that he was targeted six times. Rookie Gardner Minshew will look in Fournette's direction frequently, especially since the Texans allowed nine receptions and 76 yards to Saints running backs on Monday night.

SIT: Phillip Lindsay, RB, Broncos: Lindsay will get a high volume of touches, but those touches won't garner much fantasy impact going against the Bears defense. Chicago allowed just 2.16 yards per carry to Green Bay running backs in Week 1 and limited them to just 15 receiving yards. If Lindsay struggles, the door could open for Royce Freeman to steal touches from him.

START: Sammy Watkins, WR, Chiefs: No Kansas City wide receiver other than Watkins was targeted after Tyreek Hill went down with a shoulder injury. Watkins, who was targeted 11 times on Sunday, shapes up to be the biggest beneficiary of Hill's absence, has six catches for 118 yards and a touchdown in two games against the Raiders, whom he will see Sunday.

SIT: Tyler Boyd, WR, Bengals: He'll likely draw Richard Sherman as his shadow for much of the game. Even at times when Boyd won't see Sherman, he will face a 49ers secondary that allowed a 43.7% completion rate to Buccaneers wide receivers in Week 1. Boyd will see his share of targets, but will be draped by the 49ers most of the time.

START: Jimmy Graham, TE, Packers: Graham looked like his old self at times in Week 1 and should continue to do so against the Vikings. Falcons tight ends had a 90% catch rate against Minnesota in Week 1 and with the Packers looking to be more aggressive than against the Bears, Graham should benefit, especially in the red zone.

SIT: T.J. Hockenson, TE, Lions: Don't count on the rookie to repeat his 131-yard outing against the Cardinals. The Chargers do a good job of taking tight ends out of the game and picked up where they left off in Week 1, allowing just 31 yards on six targets. Hockenson has the makings of being a fantasy standout, but his star won't shine on Sunday.

START: Matt Ryan, QB, Falcons: The Eagles secondary will help Ryan be near top-five status among fantasy quarterbacks. Philly gave up 380 yards to Case Keenum in Week 1 and will present Ryan a great opportunity to improve on his 9.2 yards per completion from the loss to Minnesota. Look for Ryan to at least equal Keenum's four completions of better than 20 yards.

SIT: Aaron Jones, RB, Packers: The rough road Jones faced in Week 1 doesn't get easier against the Vikings, who allowed a combined 71 yards on 19 touches to Falcons running backs (3.7 yards per touch). Jones' best bet for fantasy potential will be near the goal line, but fantasy players will be better off using another option instead of hoping Jones' number is called in the red zone.

START: Michael Gallup, WR, Cowboys: His seven receptions for 148 yards weren't a fluke. With defenses drawing much of their focus on RB Ezekiel Elliott and WR Amari Cooper, Gallup will have favorable matchups against the Redskins. Gallup could have a similar day against Washington that Eagles wideout DeSean Jackson had in Week 1.

SIT: Marlon Mack, RB, Colts: The Titans defense made Nick Chubb a non-factor in Week 1 and will do the same to Mack. Despite coming off a 174-yard, two-TD outing at the Chargers, Mack doesn't project to come anywhere close to duplicating those totals. He'll be even less of a factor if Indianapolis has to play catch-up, meaning Nyheim Hines would have more value.

START: Calvin Ridley, WR, Falcons: He should have more than the six targets he netted in Week 1, especially against the Eagles. In what should be a high-scoring matchup, Ridley is in a position to be a major fantasy contributor.

SIT: Marcus Mariota, QB, Titans: Yes, Mariota rebounded from a sluggish first half and tossed three touchdown passes against the Browns, but fantasy owners shouldn't put much stock in a quarterback who struggles to complete half of his passes.