Giants' McKinney out at least 4 games with hand injury 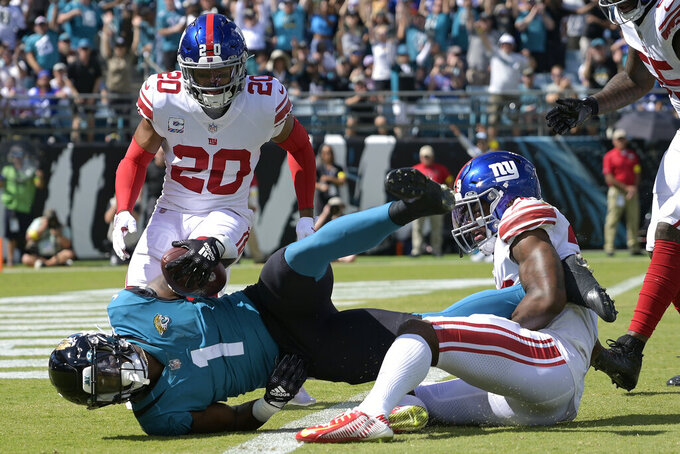 EAST RUTHERFORD, N.J. (AP) — New York Giants safety Xavier McKinney injured a hand while on vacation in Mexico during the bye week and will miss at least four games.

McKinney tweeted about the injury on Monday and the Giants confirmed the tweet. New York returns to action Sunday against Houston.

McKinney was placed on the reserve/non-football injury list Monday evening, meaning he will miss the next four games. Once he is designated to return, he will have 21 days to practice and get ready to play.

“During our bye week, I went away to Cabo,” McKinney tweeted. “While there, I joined a group for a guided sightseeing tour on ATVs. Unfortunately, I had an accident and injured my hand. The injury will keep me sidelined for a few weeks. I will do everything I can to get back as quickly as possible so I can contribute to what we're building here in New York.”

McKinney did not disclose the nature of his injury. The Giants did not know which hand McKinney hurt and the exact nature of the injury.

The Giants have a 6-2 record under first-year coach Brian Daboll. They are in position to end a run of five straight losing seasons and make the playoffs for the first time since 2016.

McKinney is one of the young stars of the defense, and the player who relays coordinator Wink Martindale's calls to the team on the field.

McKinney has started every game and is fourth on the team with 38 tackles. He also has a sack, a forced fumble and four passes defended. He has great range in the secondary and led the team with five interceptions last season.

Rookie Dane Belton and veteran Landon Collins, who recently returned to the Giants as a free agent, will pick up more work with McKinney out.

By Tim Reynolds just now
By Teresa M. Walker 36 minutes ago
By Josh Dubow an hour ago
3 hrs ago
By Jonathan Landrum Jr. 4 hrs ago