Henry not nostalgic as Pats prepare to face his former team 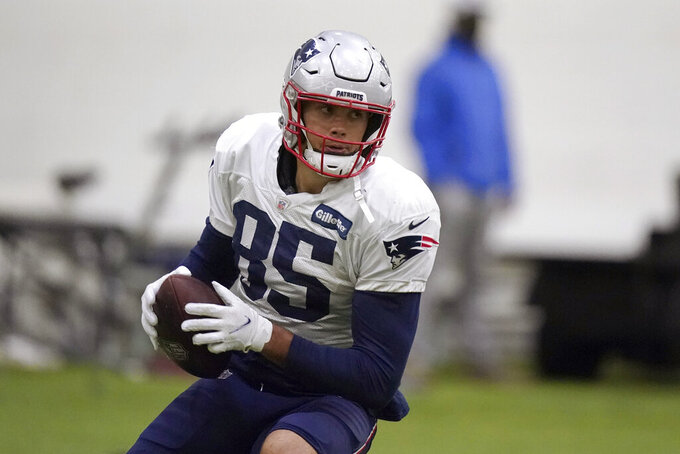 FOXBOROUGH, Mass. (AP) — Other than the sunny weather he left behind, a year later Hunter Henry is feeling just fine about his decision to leave the Los Angeles Chargers to join the New England Patriots.

As the tight end prepares to head to California to face his former team this week, Henry said he only has good memories about the franchise that drafted him in 2016.

“Obviously, they gave me an opportunity in this league, took a chance on me and drafted me,” Henry said Wednesday. “So I'll always have a lot of appreciation for them. Who knows where I would be?”

Henry spent his first five years with the Chargers, moving with them from San Diego to Los Angeles in his second season. He was a key contributor to offenses led by Philip Rivers and then last year by Justin Herbert.

Henry's consistency — 115 catches and nine touchdowns combined in 2019 and 2020 — attracted the attention of the Patriots, who lured him away in free agency.

Injuries contributed to him getting off to a slow start in New England. He caught 10 passes for 109 yards and no touchdowns in his first three games.

But since then he's found a groove, catching a touchdown pass in four straight games. Henry is within striking distance of the team record for consecutive games with a TD catch, held by Rob Gronkowski (six in 2011).

He's also been active on special teams, making a key block during the opening kickoff last week against the Jets after New York had tried to confuse the Patriots by kicking into the sun.

Henry's block freed up Gunner Olszewski for a 31-yard return. The Patriots turned the good field position into the first of five straight scoring drives in a 54-13 rout.

“It’s little things like that that Hunter does that are really kind of, they’re little things that become big things,” coach Bill Belichick said.

It's a new role for Henry, but one he said he's been embracing.

“I have not done a ton of reps in kickoff return, but when my number's called I try to do as much as I can for this team,” he said.

“I'm just trying to win football games. If that means being on kickoff return, whatever they're gonna call on me to do I'm just gonna try to execute on a high level.”

For the second straight season, Henry finds himself in the position of helping a franchise break in a rookie quarterback. He developed a good rapport last season with Herbert, who threw for 4,336 yards and 31 TDs.

Henry acknowledged it was difficult parting ways with Herbert, mainly because of the friendship they built away from the field.

“I enjoyed my time with Justin," Henry said. "Excited to see his success last year and then it continue this year. So there were parts of it that were hard, but I'm excited for the new journey and now opportunity here. Once Mac came in I was excited to continue to grow with him.”