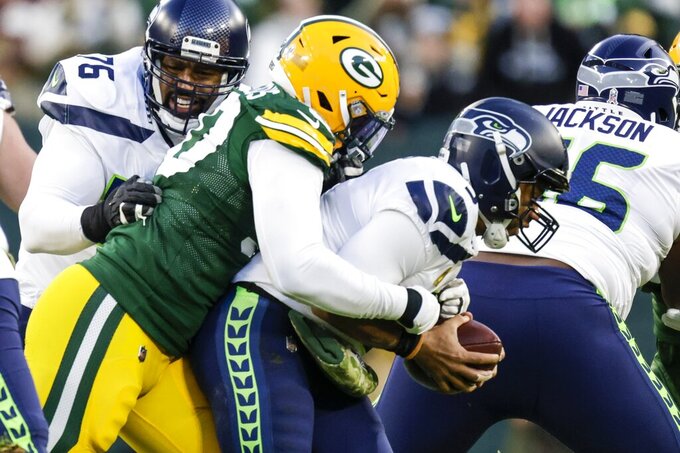 GREEN BAY, Wis. (AP) — Green Bay Packers outside linebacker Whitney Mercilus has gone on injured reserve after hurting his biceps in a 17-0 victory over the Seattle Seahawks on Sunday.

The Packers announced the move Tuesday. The designation means Mercilus must miss at least the next three games.

Mercilus joined the Packers on Oct. 21, one day after the Houston Texans released him. He has appeared in four games with the Packers and has five tackles and a sack.