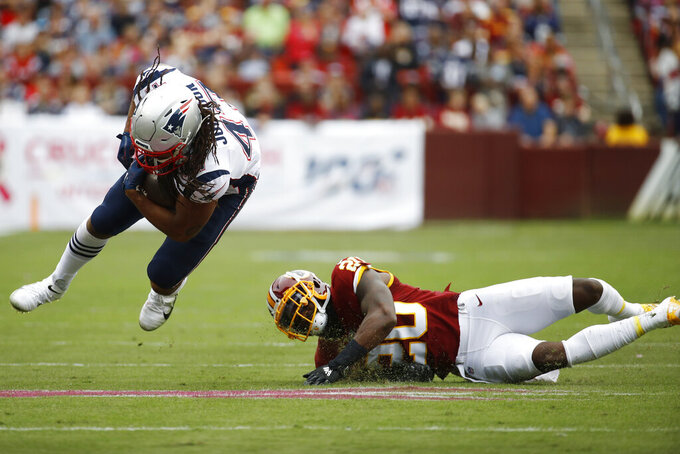 The team announced the move on Monday. Johnson was injured during New England's 35-14 win over the Giants on Thursday. The 24-year-old appeared in four games with three starts. He caught one pass for 5 yards after being elevated from the practice squad when starter James Develin went on IR with a neck injury.

Johnson, who is originally from Germany and played his college ball at Tennessee, signed with New England as a free agent in April as part of the NFL's International Pathway Program.

The Patriots visit the New York Jets on Oct. 21.