Punter Gillan returns from London and practices with Giants 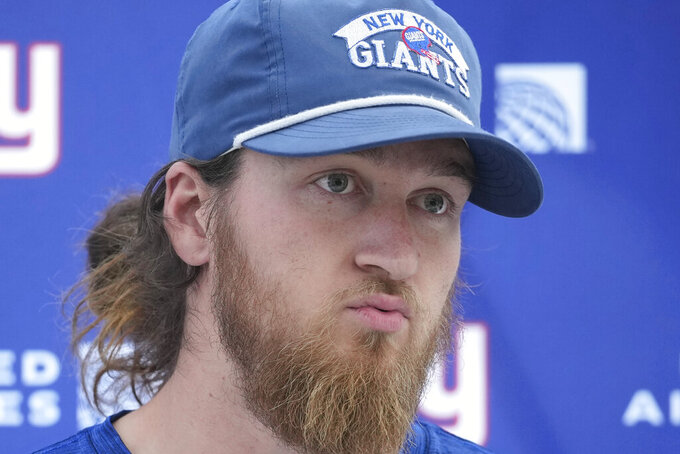 EAST RUTHERFORD, N.J. (AP) — New York Giants punter Jamie Gillan returned to practice Thursday after remaining in the United Kingdom for a couple of extra days because of a passport issue.

Gillan returned to the United States on Wednesday and was a full participant for New York (4-1) in the workout for Sunday's home game against the Baltimore Ravens (3-2).

“To clear things up for you guys, there was no ‘stuck in London’ or anything like that,” Gillan said. “This is something that we knew we had to do for a while. I just had to get my passport, P1 Visa, extended to get back into the country. So, we did.”

Gillan said he spent the extra days in London with his family. He had a gym for workouts and used his iPad to watch film to prepare for the Ravens.

Gillan ran into problems with his passport because he did not have a work visa. He arrived in the U.S. as a teenager with a NATO visa and never changed it.