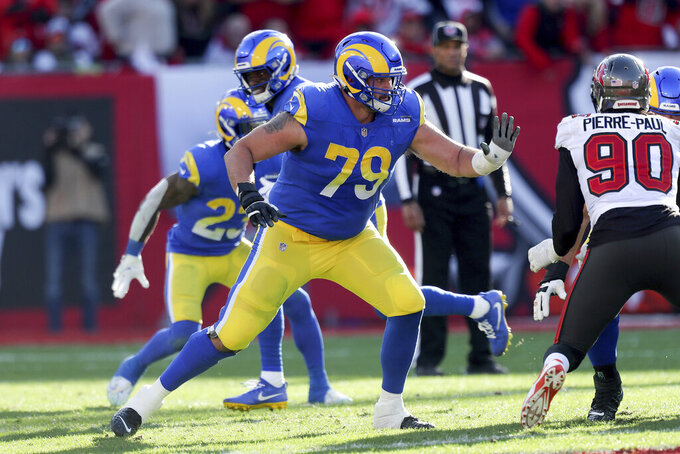 Havenstein has been a starter on the Rams' offensive line when healthy ever since the team selected him out of Wisconsin in the second round of the 2015 draft. He started 99 regular season games and all 10 of the Rams' playoff contests during the first seven seasons of his career, including the Rams' Super Bowl victory over Cincinnati last February.

Havenstein and Aaron Donald are the two remaining Rams who began their careers in St. Louis before the franchise returned home to Los Angeles in 2016. Havenstein’s 6,178 snaps played since his career began rank 20th among all NFL offensive linemen.

After being chosen by his teammates last week to be a team captain for the first time in his career, Havenstein is expected to make his 100th career start Thursday night when the Rams host the Buffalo Bills. He is heading into the final season of a four-year, $32.5 million extension.

Havenstein became even more valuable to the Rams in the offseason with the retirement of left tackle Andrew Whitworth, the anchor of the offensive line along with Havenstein for the past five seasons. Los Angeles had one of the NFL's most effective lines in several statistical categories last season while Matthew Stafford led the team to its second Super Bowl championship.