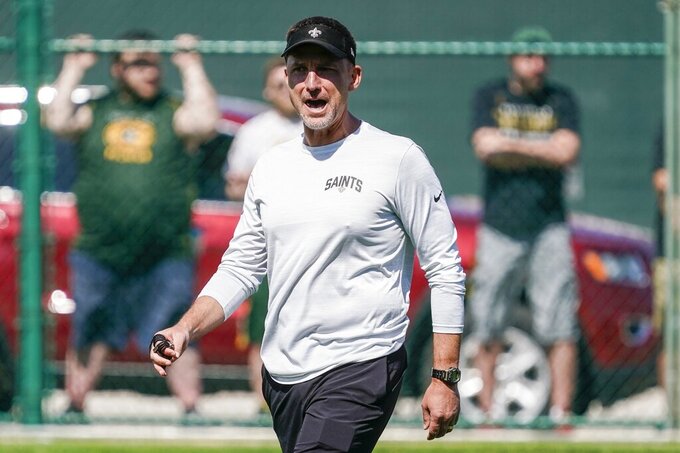 Strengths: The defensive and offensive lines. While the Saints lost offensive tackle Terron Armstead, his availability in recent seasons had been limited by injuries. Now he could be replaced by first-round draft choice Trevor Penning, who blocks with relentless intensity and a mean streak. On defense, the Saints have all starters back on the line, which accounted for more than 30 sacks last season. That unit could get an additional boost from 2021 first-round pick Payton Turner, who spent much of his rookie year on injured reserve.

Weaknesses: Beyond defensive captain Demario Davis, the linebacker group has a lot to prove. With the Saints having let Kwon Alexander go, second-year pro Pete Werner is in line to start in New Orleans' typical 4-2-5 alignment. But Werner has been struggling with a groin injury in camp, prompting the Saints to bring in veteran free agent Jon Bostic for a look late in training camp.

Camp Development: Both first-rounders, Olave and Penning, have stood out in camp and could assume starting roles early in the season. Second-year CB Paulson Adebo also looks even better than last season, when he surprisingly took over a starting job. The receiver position appears much improved with the return of Michael Thomas from an ankle injury that sidelined him all of last season and the additions of Landry and Olave.

Fantasy Player To Watch: RB Alvin Kamara is healthy after missing four games with a knee injury in the middle of last season and has the chance to be New Orleans' most productive offensive player if he’s not suspended in connection with an offseason arrest in Las Vegas last February.

Expectations: The Saints narrowly missed the 2021 postseason despite a rash of injuries at key positions. Now their roster is largely healthy and appears stronger and deeper than it was a year ago, particularly at receiver. With QB Jameis Winston looking healthy, the Saints have a chance to improve upon last season’s results. But much will depend on how players respond in a change in head coaches from recently retired Sean Payton to newly promoted Dennis Allen, who was New Orleans defensive coordinator for the past six-plus seasons.